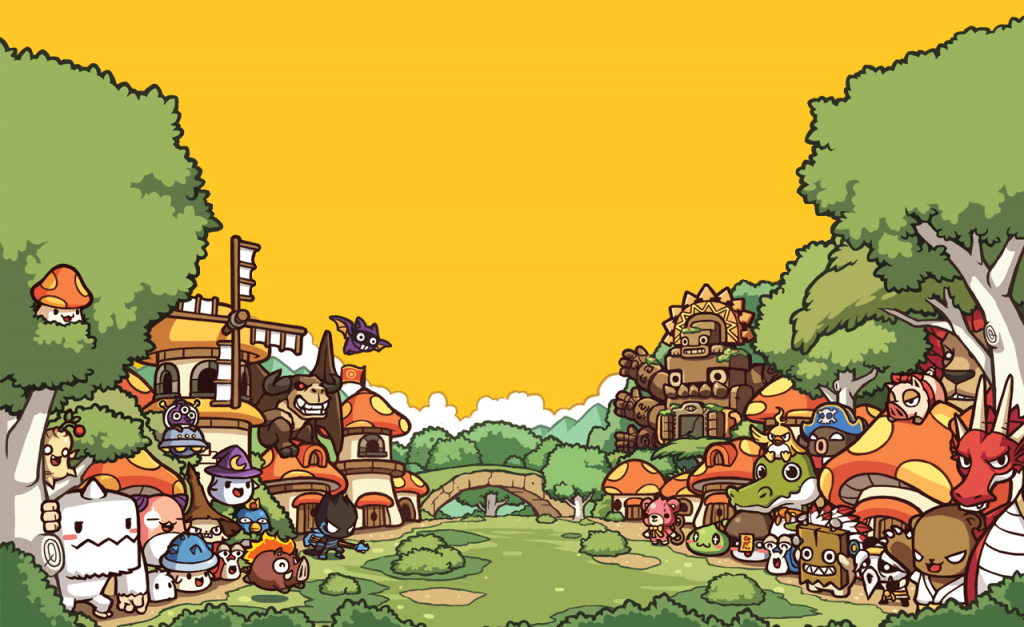 The Best MMORPG, this highly debated topic will be put to a rest with a few simple lines. MMORPGs come from a different era, a period in history where we had more time and less options. Once the mecha for social gamers, players from across the globe connected and populated what seemed like infinite worlds.

The genre of MMORPGs eventually had to evolve with the times to stay relevant. Hoping to gain and hold onto a share of an ever diminishing player base. With that said, a few have managed to stay strong years after their release. With the support of their loyal followers and their dedicated development teams. Enduring the test of the time, in an over-saturated and unforgiving environment.

Which you choose is left to your own devices, though each in their own right have a place in the hall of fame and worthy of your time and attention. And given the high number of gaming titles around, choose the ones that you feel you would stick to. Your time is precious and so is the energy you put into these games. Make it count. 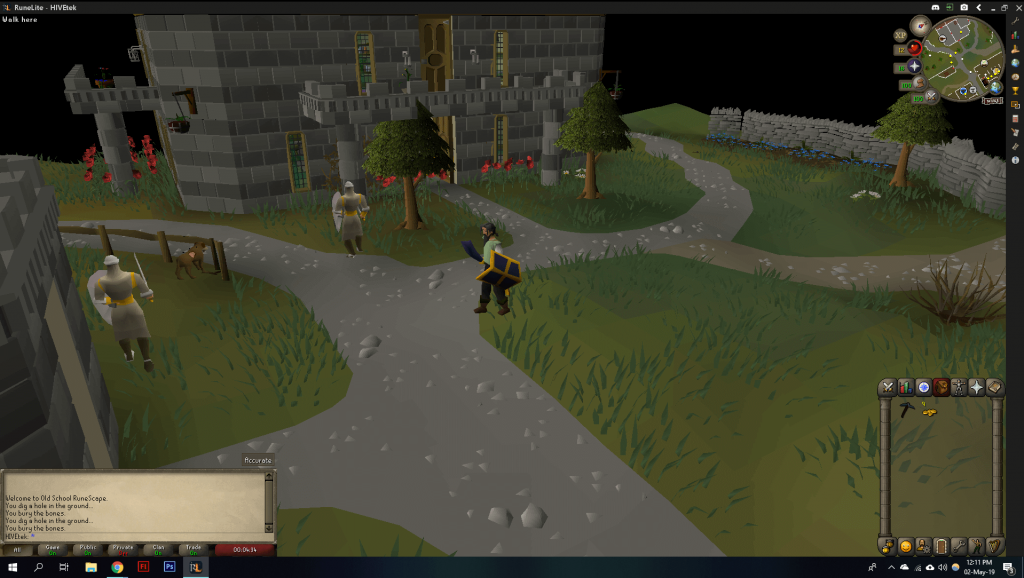 The original massive multiplayer online role playing game. OSRS is a significant and memorable title in the history and minds of many of today’s gamers. For many it was our first online game. Spending countless hours, mining, fishing and cutting trees, just for a few coins. While making friends and exploring the world.

It was also on Runescape that we had our first taste of getting caught playing into the early hours of the morning. The sting of getting scammed out of your hard earned cash and learnt the meaning of hustle. While discovering our great dislike for phone calls from friends and relatives at the expense of our internet connection. 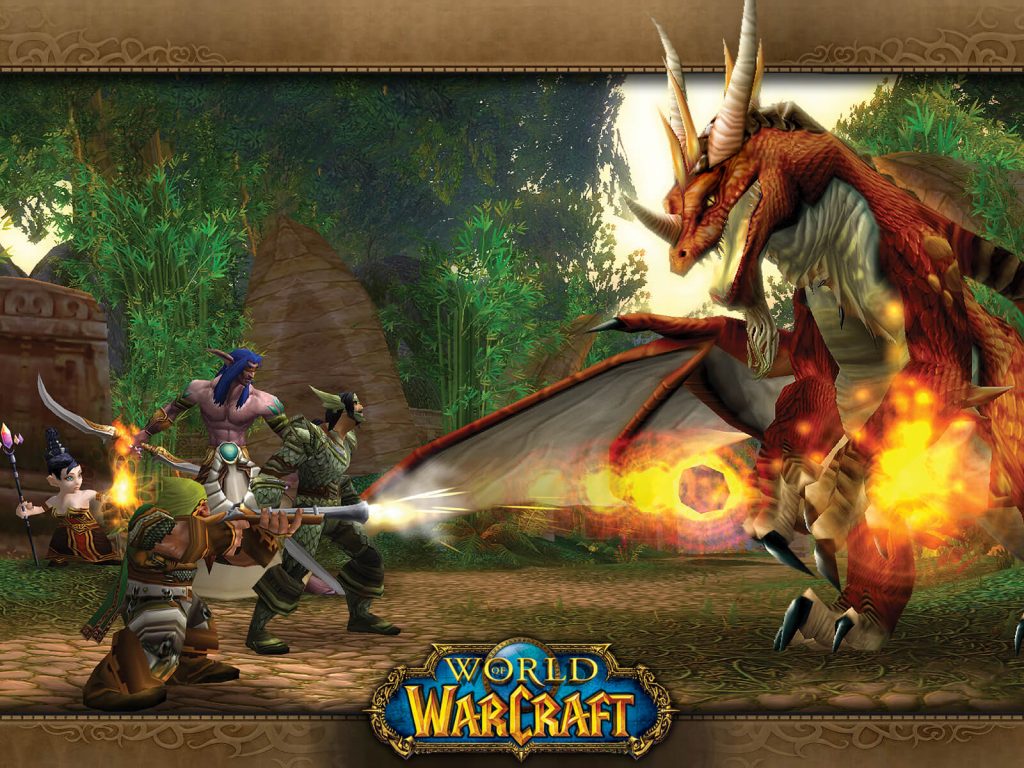 The highly anticipated wow classic is the golden child of the world of MMORPGs. Having at one point peaked at 12 million active subscribers. World of Warcrafts significance cannot be denied nor forgotten. Attracting people from all walks of life. While bringing people together in ways that no game had ever done before.

With its return comes many questions and concerns about its longevity. Will the once beloved vanilla wow hold up in the hearts and minds of its players? Or has the industry and player base changed too much to recreate the success once more. Only time will tell and the very opportunity to be part of it, is enough for most. 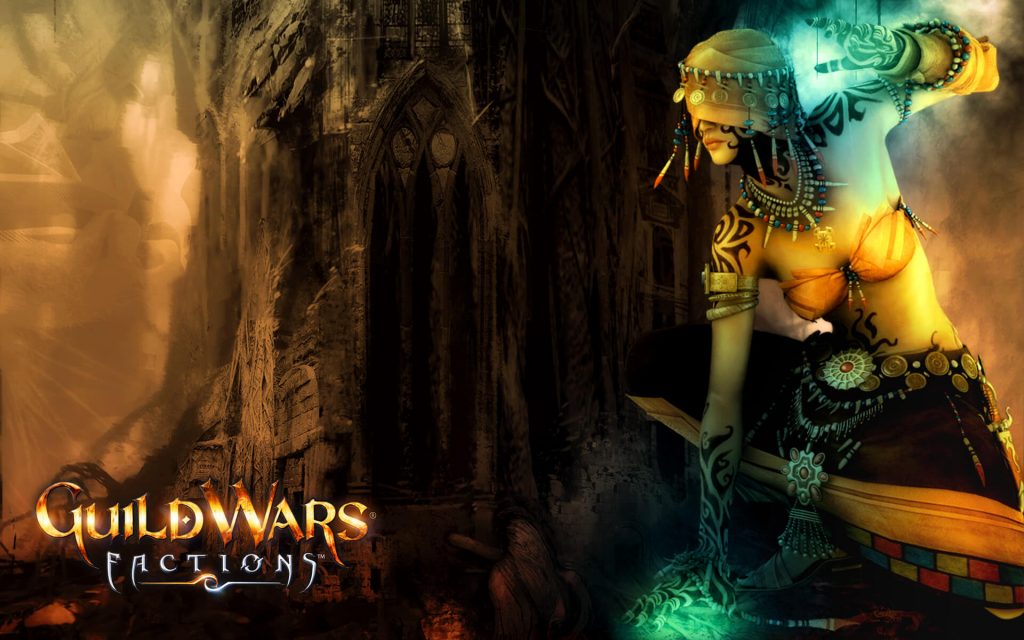 A game unlike any other, Guildwars 1 is the one to have remained intact when everyone moved on. With an intelligent and timeless design. It has truly withstood the test of time. Still maintaining its beauty and attraction, years after its release.

With unique mechanics, thousands of different skills to choose from. And almost infinite number of builds. Guildwars is something that we can’t help but return to. With a large returning player base, in addition to new players uncovering this gem. The GW1 Golden Age is perhaps still a possibility, given the recent updates. 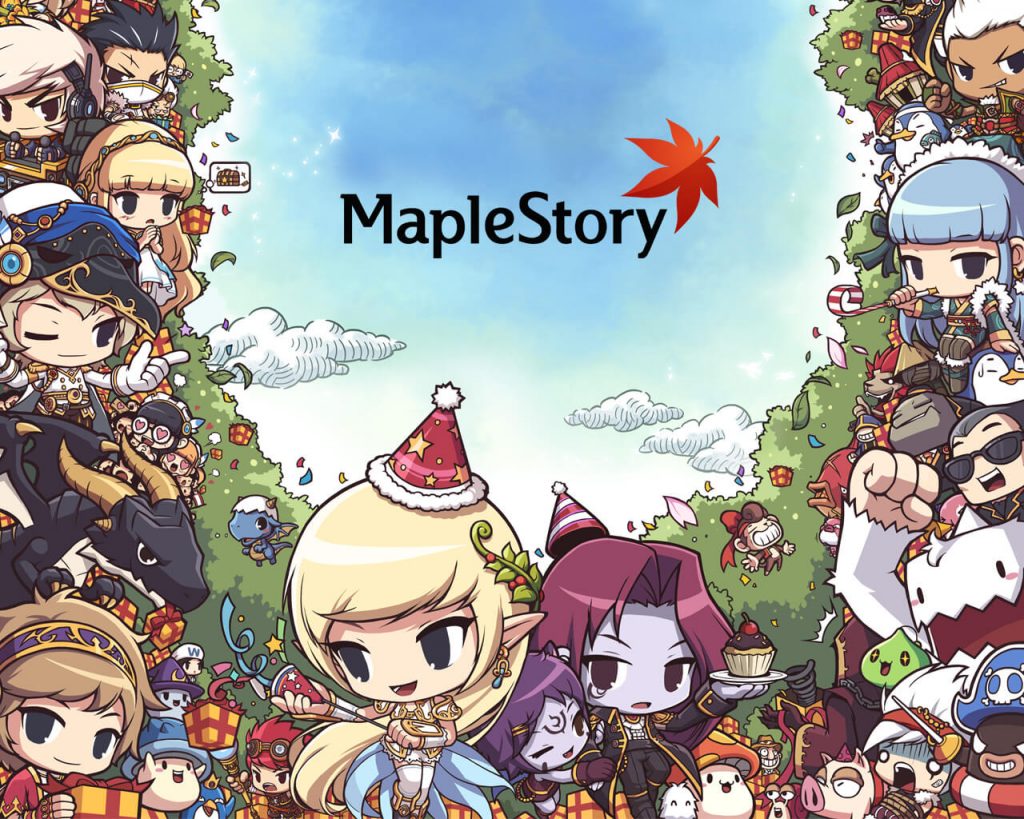 Maplestory was one of the first games I ever recommend to my friends in high-school and it absolutely took off. It’s a cross between mario and an rpg. Don’t let the games graphics deceive you, it has enough depth to give you a challenge.

There is just something about flying through the map and seeing those numbers go up. Maplestory has come a long way since back in the day; there are now a ton of new classes/professions and the leveling system has been revamped to make leveling quicker and more enjoyable.

This is a great game to recommend to casual players that just wanna have fun for a few hours or your female friends who just don’t game. Soon enough they’ll be hooked and enjoying what this cute 2D world has to offer. Normally I’m against big changes but every change in the new version of this game seems to have worked in favor of it and makes it something the modern player can really enjoy!

After spending hours playing Oblivion & Skyrim its a wonder it took me so long to give this game a go. Perhaps it had to do with its initial reception, or the thinking that the Elder Scrolls are strictly singleplayer. Whatever it may have been, I am glad that I did and so will you.

With a unique mix of mechanics, generous player incentives, scalable world/loot, beautiful & engaging environments and the legendary questing of Tamriel. This game is definitely worth trying. Plus, it’s the only MMORPG on the list, allowing you to use your pc controller to dig through hours of engaging content.

If you’ve been wanting to try something new or have been curious about ESO, this is your chance. Simply grab the base game and try it out. It alone has hours of content for someone new to the game. 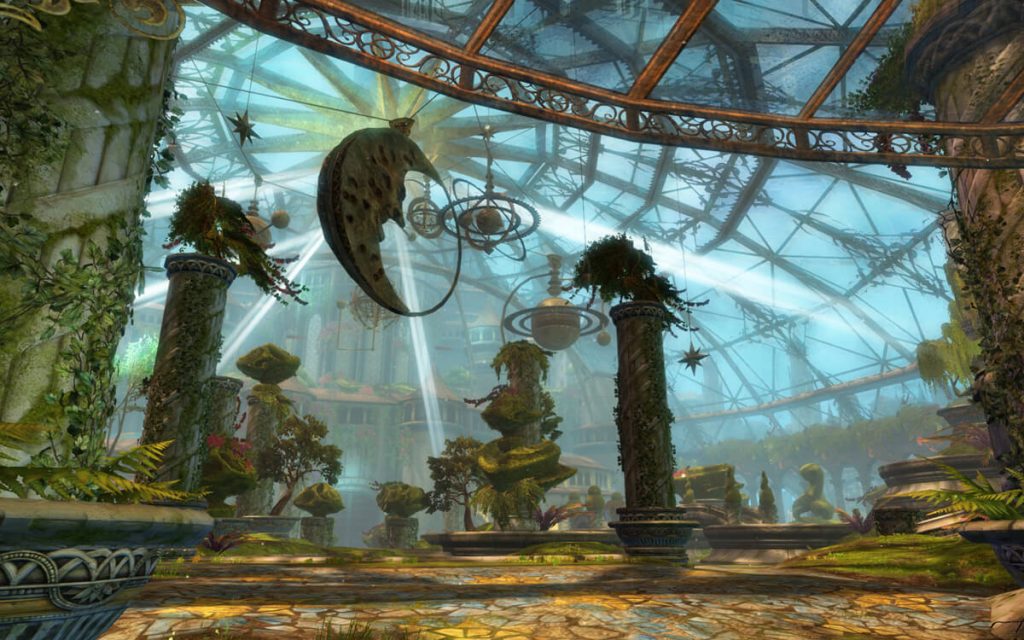 Even though GW2 is quite different from its predecessor. It’s still a very solid choice that affords players a very enjoyable and engaging experience. It has many features that make it great for those who enjoy exploration and diversity in their experience.

With plenty of ways to spend your time, including some of the best PvP going around. Due to its impactful combat and class specialisation system. Guildwars 2 is definitely one of the better MMORPGs around. With a solid community behind it and a low barrier to entry = players can get the base game for free. 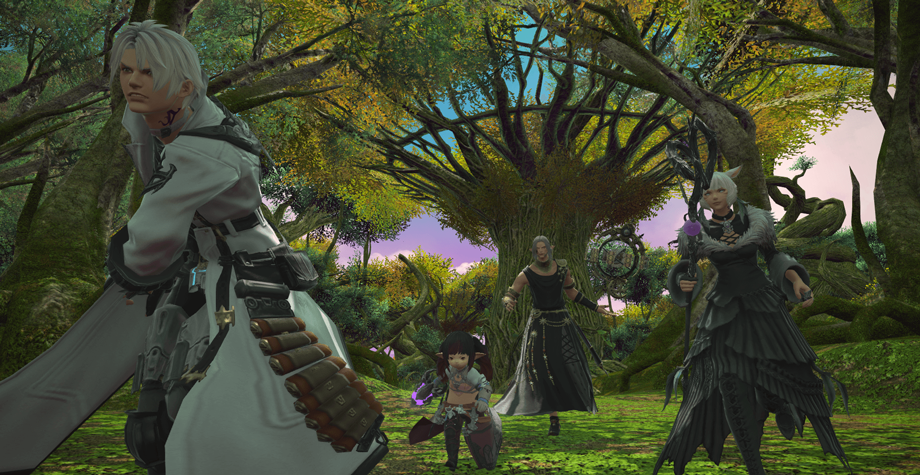 If you’re into the more eastern style MMOs with the higher level of grinding and cute animations and gestures. Then Final Fantasy 14 seems to be the place to be. The game has been going strong since its release in 2010.

And seems to have gained an even greater audience in the recent years. Great story, multiplie expansions and diverse classes and professions. Offering players an unsual level of flexbility where anyone can be anything. Though if you’re into PVP, best to look elsewhere. 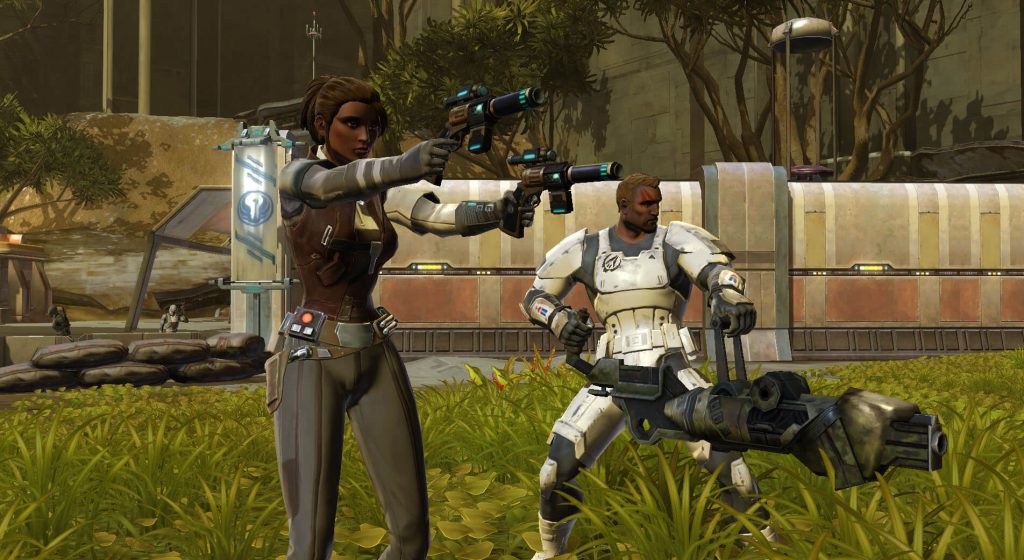 If you’re into your sci-fi/Star Wars. Then perhaps SWTOR is the place for you. Known for its great community and vibes. Personally I’ve never played it or experienced much of the game.

Though my research does show a game with a welcoming community. A Free-to-Play model and enough content both in terms of PvE and PvP to fill the void. It’s well polished, has decent graphics and story driven. A quality title, likely to survive the blizzards. 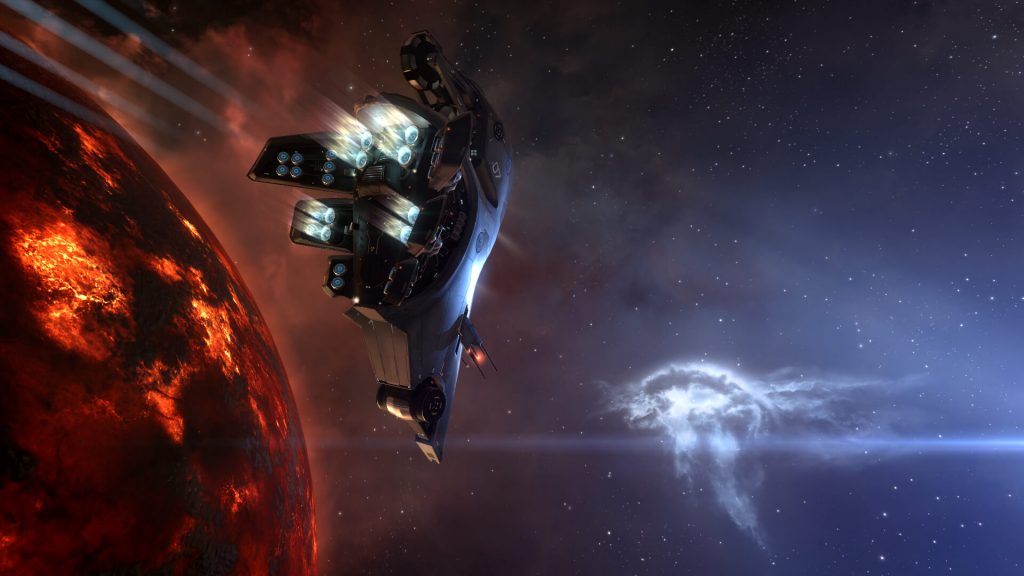 Perhaps the uniquest of them all is EVE online. A space MMO that can be alike to a psychedelic experience. There is something alluring about navigating through space and building to such grand scales. Though the game is known for its time sink and high barrier to entry.

Even so, it feels like the galaxy is reaching out from your pc monitor. A temptation that is hard to resist. The game is now on a free-to-play model with increased incentives to give it a try. IF you’re looking for something more strategic and challenging, while filling that space travel itch from the safety of your room. Look no further than EVE Online.

In effect this documents what is currently worthwhile and a means of guiding players into lasting MMORPG titles. Taking into consideration the social aspects, interactivity and the communities behind the games. If there is a title that you think should be considered, hit me up. For now, these can be guaranteed to engage and maintain stability in the ever-changing quick sands of the industry. Will likely add to the list in the future.