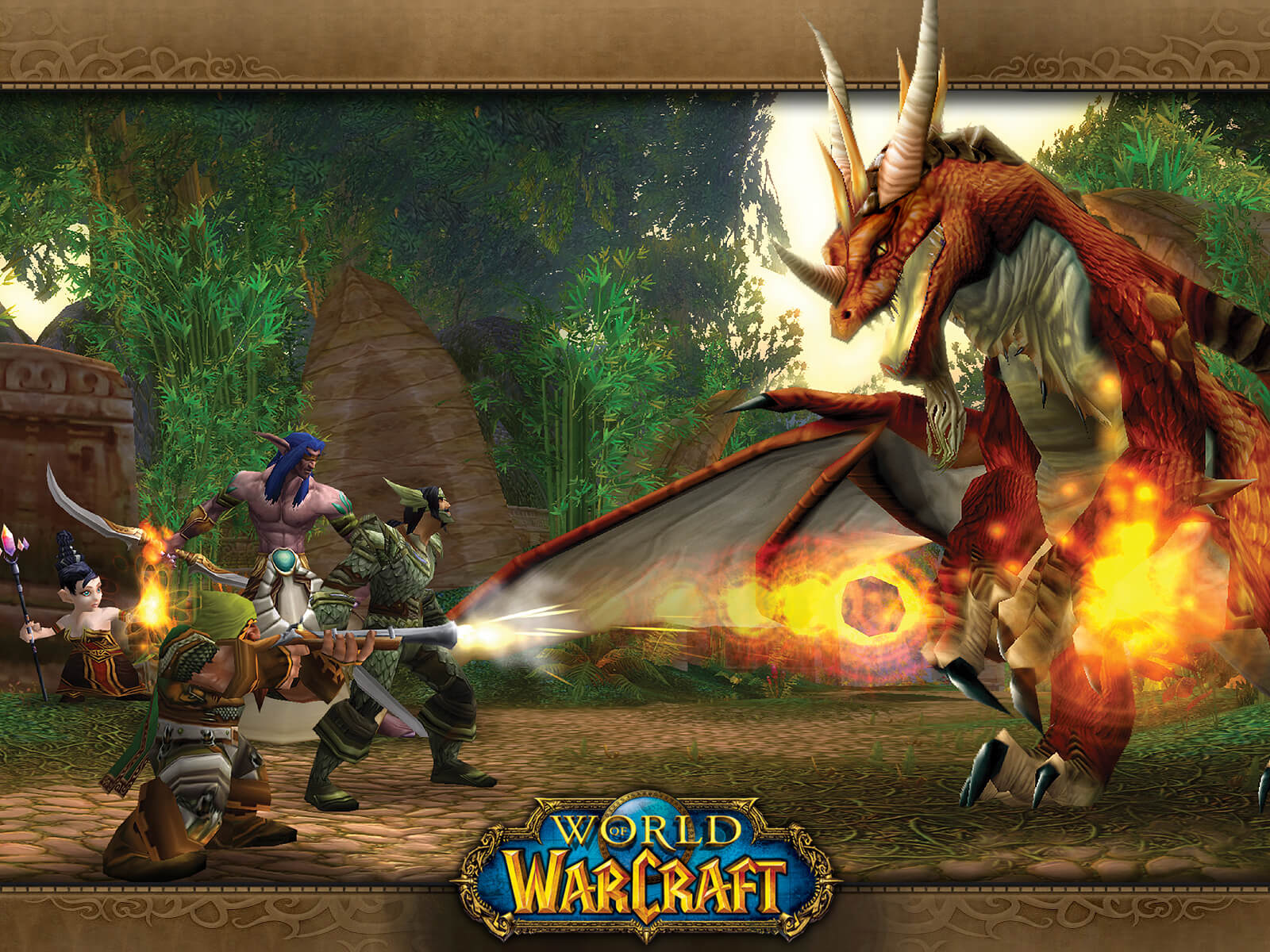 Excitement due to game releases is a rare experience for me these days, I’m more of a classic gamer. Which is exactly why, the news of wow classic release has had me consumed! And I know this excites many others to the core. And why not? Good news is always welcomed and embraced.

World of Warcraft Classic is being released on the 27th of August 2019. And it’s available to everyone with an active wow subscription. 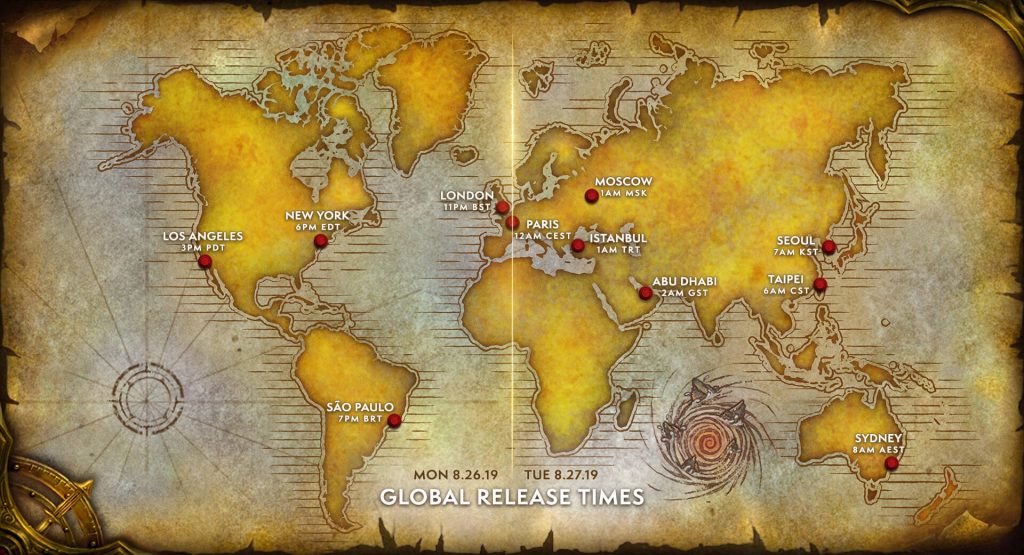 Now many might be wondering, why would you want to play something that old? And the truth is far more complex than a few simple words. The critics and naysayers will brush it off as mere nostalgia. But it’s more than that.

The truth for many of the original players of World of Warcraft is that they gradually fell out of love with the game, or lost interest or didn’t have the time to to keep up with the endless content. For me personally, the game just changed too much from what I remembered. It became easier and easier in terms of mechanics and the world seemed completely alien to what I had originally experienced. Even though I could appreciate the changes in performance, graphics, and features.

Much of what I loved about the game had completely gone by the end. And seeing all the hard work and dedication wash away with yet another new expansion. Made it seem like such a waste of time and energy. That’s why I loved GW1 so much.

Moreover, in the absence of many of the “conveniences” and “quality of life features” was this beautifully hand crafted world, rich in lore and a mythology that captured our imaginations & souls. A world where, leveling was difficult, powerful drops were rare and being a certain class, meant something.

Within this world, teamwork, friendship and community were a must. The difficulty forced people to come out of their shells and learn to work together at a very high level. Your characters reputation mattered. Which world you played on, mattered. There was something for everybody. And there was a sense of pride and community shared among the players.

But at the core of it all was the emotional experience that players had, something that has rarely been experienced since the golden age of MMORPGS. Where World of Warcraft and Guildwars 1 were king.

And it is that that has so many excited. Of course, each of us is different, some are into raiding, others into pvp and some just want to play casually and make friends. Some are just curious and never got a chance. And for others, its an opportunity for so much more than just a game.

Regardless, we have all a reason to be excited, to be hopeful..

Naturally you have some questions about the technical side of things, so I will do my best to present the most important information. World of Warcraft Classic is an actual rebuild or remake of the original on the new wow engine. Watch this video for the full details from Blizzcon.

Which means performance improvements on the new hardware will make the game much smoother and appealing years later after its original release. However, mechanically it is much the same and so will be the experience of the content. The game is running on the 1.12 patch and has an entire content plan scheduled for both PVE & PVP. Here are the links: the PvE content plan & the PvP content plan. In addition to the itemisation information.

Now that that is out of the way. You know everything there is to know about the release. What remains is the beta testing opportunity. And here is everything else needed to know. Though its only for subscribing wow players. Good Luck! 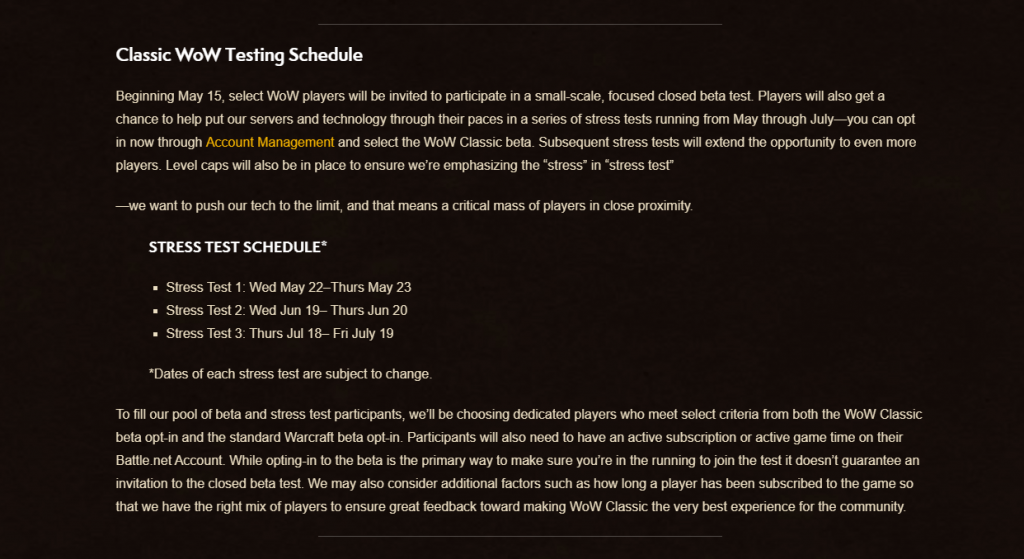 With all that energy and anticipation now running through your veins, you want to do the next logical thing. And that is to pick a class & race to play. There is obviously more than one way to go about this and it has much to do with what you want to do once you reach the level cap of 60.

But one thing that I feel isn’t being said enough.. Is that all the original classes are excellent and they all have their own unique roles and playstyles. There is no “best class”, they all have their pros and cons and what makes them the “best” is the player behind them and their preferred way of playing.

Each class has three unique specs of specialisation that further enhances their combat and uniqueness. So take that into consideration. With the original wow, your class roles were way more specific in PVE and often the specs and classes that didn’t do so well in raids (end game PVE), were excellent for PVP.

Perhaps the best way to decided what to roll. Is what role do you wish to play?

In vanila wow, Warriors, Rogues, Mages, Warlocks and Hunters had the best DPS in a dungeon/raid settings. Warriors, Druids and Paladins made the best tanks and the Warrior was the only viable option when it came to tanking raids.

And in the realm of healing, Paladins were the best single target healers due to their healing critics. Priests had the best overall skills, utility and damage reduction skills. The Shaman excelled at AoE (Area of Effect) healing and support through Totems. While the Druid was the best HoT (Heal over Time) healer and had some useful skills to go with it. Each of which, had a completely different style of healing and appealed to a different kind of player.

Which brings me to PVP, where the other less played specs were allowed to shine. When you look at it from this point of view, you realise that the game and classes are actually quite and balanced. And where one seems so favoured in one area, another is favoured in its place. When it comes to a different part of the game.

That’s it for now. You will figure out the rest.

What expansion should World of Warcraft Classic end on? 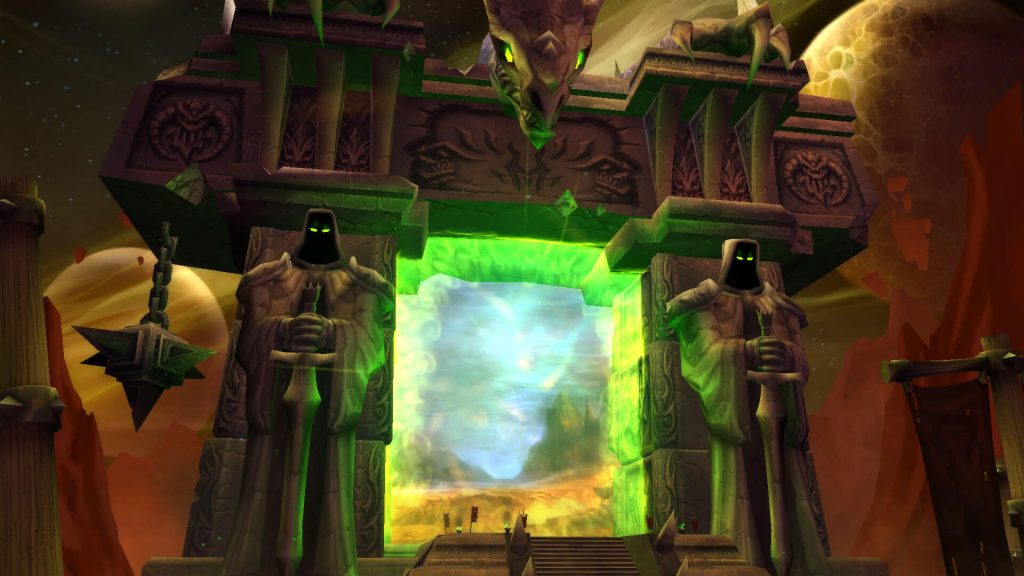 This is a hot topic and something that I have also pondered. Even before the news of the WOW Classic. If wow classic is a success, players enjoy it and they come back to it and actually stay. Then The Burning Crusades would be the next logical step. And perhaps as far is needs to go in my personal opinion. BTC was the original expansion, that really opened up the game in many ways. It offered two new races, that could play what was at the time Alliance & Horde specific classes.

Furthermore, players had a whole new world to explore and a level cap of 70. Besides that though the game mechanics did not significantly change. Some classes were given certain skills to allow them to be better at certain roles, making them “more balanced”. But the games core and talent trees were not changed that much in comparison to WoTLK which not only changed a lot of things, but brought in the controversial Death Knights to the table.

Theory might be different to reality. Perhaps they will decided to re-construct all the expansions and see how the player bases responds? Only time will tell, and private server statistics might help them make these decisions.

Here are some wow classic resources that might help you:

wowisclassic – is an information site with profession and class leveling guides. Really well put together and a newly created resource.
Legacy wow – has a great Alliance and Horde step by step leveling resource.
Talent calculator – the oldest running talent calculator for all classes.
Classic wow builds – checkout a range of different builds from PvE, PvP and leveling specific builds for all classes.
Wow classic reddit – and of course, the reddit group where the majority of the community resides.

More Relevant Posts:
Warcraft 3 – I’ve Returned To The Game
Guildwars 1 Is Still Worth Playing
The Best PC Games of All Time