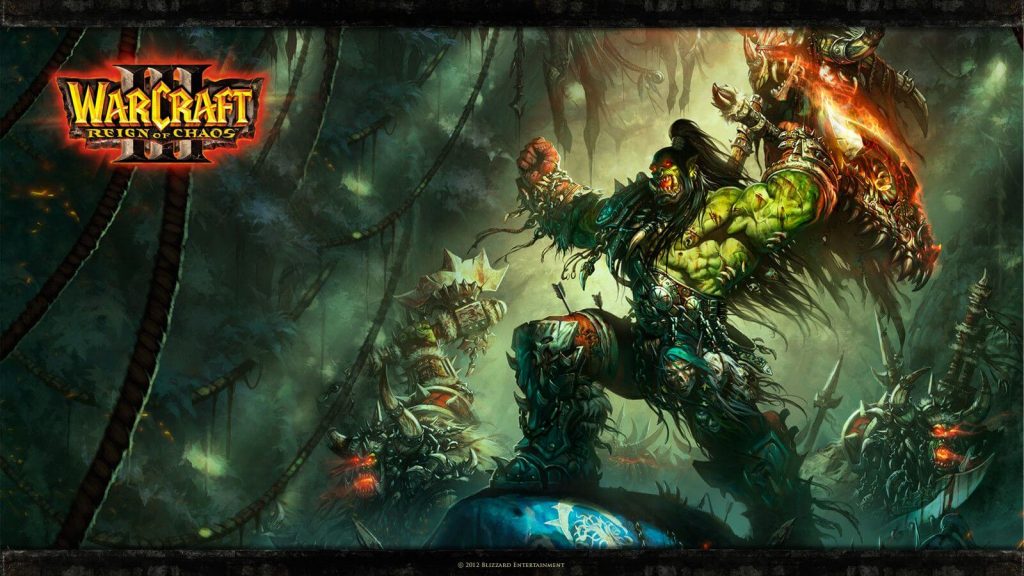 Well where to begin? There is so much I want to say, but not sure how to turn the internal torrent of words, ideas and emotions into clear and concise paragraphs.

Warcraft III has had a special place in my heart, ever since I held it’s original strategy guide.. This is before having internet connections where you’d buy game strategy guides and write cheat codes on a piece of paper.

Before I had a computer that allowed me to play this game, all I had was the strategy guide to drool over. My biggest dream and obsessions as a kid back then, was to be able to play this game on my computer and enter the world of Warcraft.

I was so captivated by the games art that I would spend endless hours flipping through the pages, reading about the campaigns, heroes, races and skills. Prepping for the day I would sit in front of the screen, playing this master piece. A dream that would eventually come true.

In fact, I think this is where my desire to make games, worlds, characters and lore, really ignited. I saw how powerful the combination of great art, graphics, lore and characters with a soul, really were. How immersed I could be in a world of fantasy without yet having the chance to play. 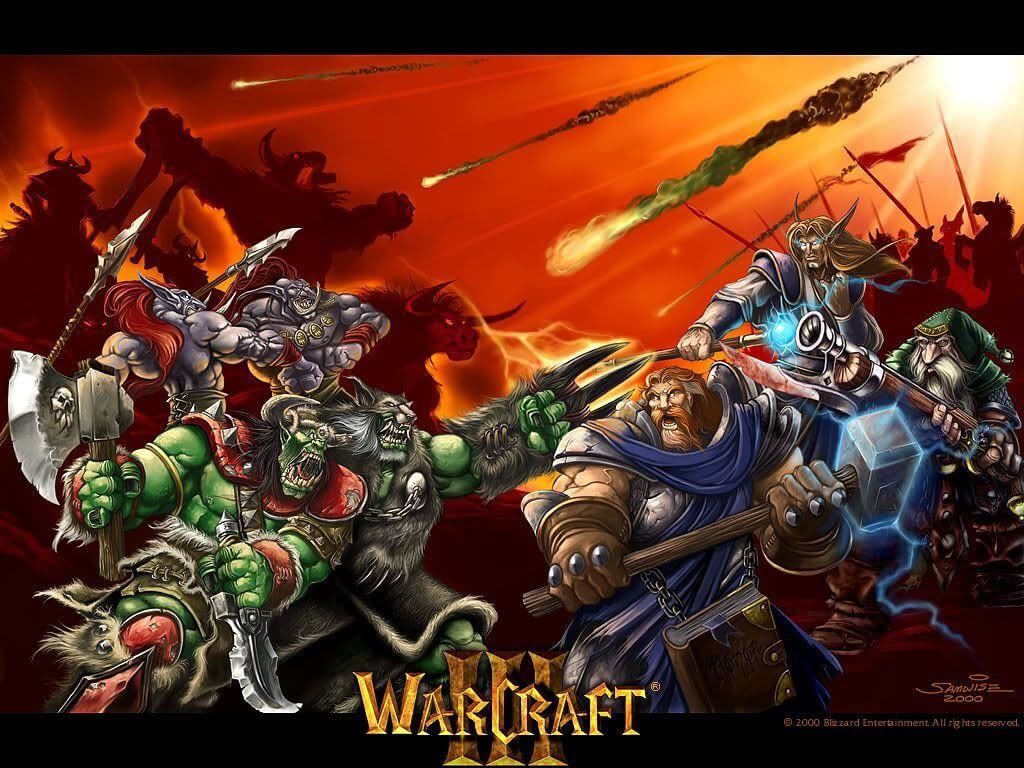 So it was inevitable that I would purchase the battlechest box years later. And once again, return to Warcraft 3. Initially I didn’t think much of it, other than a treat and a quick nostalgic hit. The Warcraft movie hype may have had something to do with my decision. It helped trigger some distant memories and feelings and I went straight to where it all began for me.


First Impressions Upon My Return

Well the first thing I noticed is that installing it the old school way no longer works, my laptop doesn’t have a CD drive. Thankfully Blizzard is adaptable and caring as always and has given us the ability to download the game via the Blizzard downloader. Pretty breezy experience, except that it took a bit longer than expected when the entire installion pack was only 758mb. 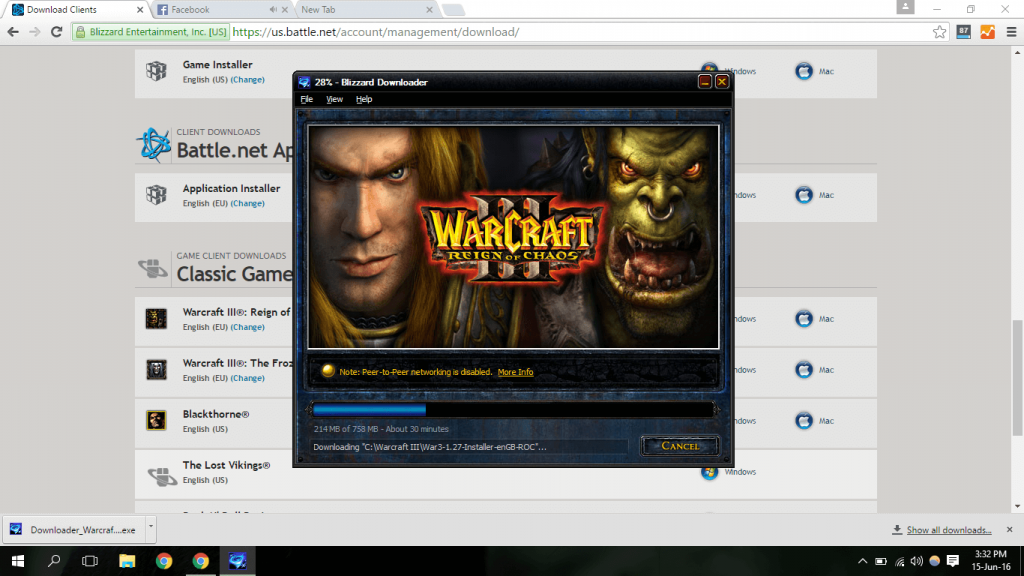 Perhaps they limited the server bandwidth for that good old 56k dial-up nostalgic feeling. Kidding! They are running a business after all and need to limit certain things. No complaints and largely a first world problem.

It has withstood the test of time and we can only appreciate it more, now that we know how close to perfect the game was and is still is today. It really did so much all at once and was so influential in the development and success of World of Warcraft and the MOBA genre.

Critics would say that Warcraft III never really added anything to the Real-Time Strategy (RTS) genre. Perhaps it didn’t, but it didn’t need to. What it excelled in was execution, in fact it’s something Blizzard has always been good at.

Execution, adaptability and resourcefulness have been the guiding stars of Blizzard as a company. Look at Hearthstone and Overwatch. They know their customers intrinsically well.

Okay, So What’s In The Battlechest Box?

Besides being one of the best RTS games to have hit the PC, Warcraft 3: Reign of Chaos has four awesome and rich campaigns that are the absolute joy to play and finish. Beginning with the Humans, followed by the Undead, Orcs and finally the Night Elves. 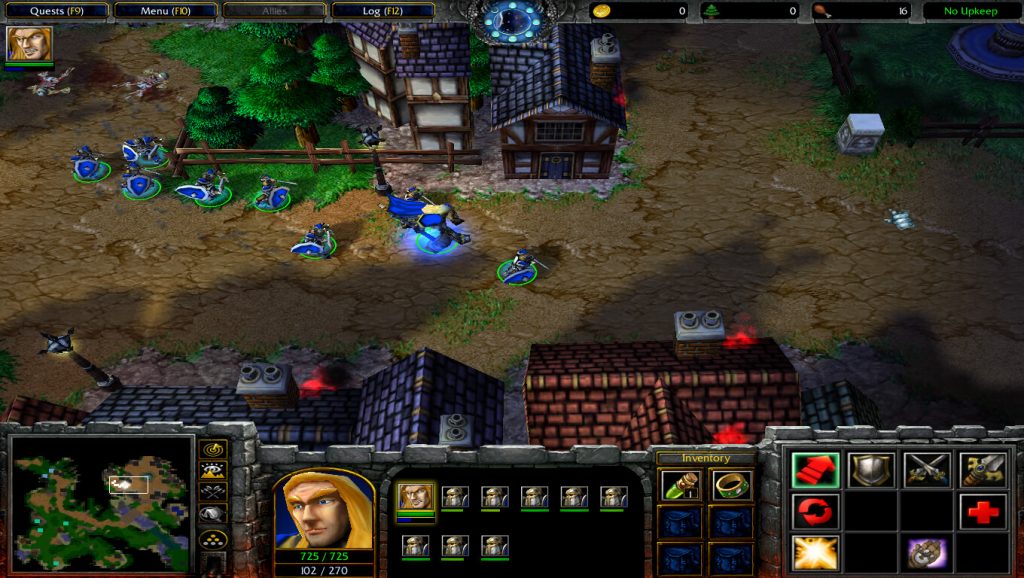 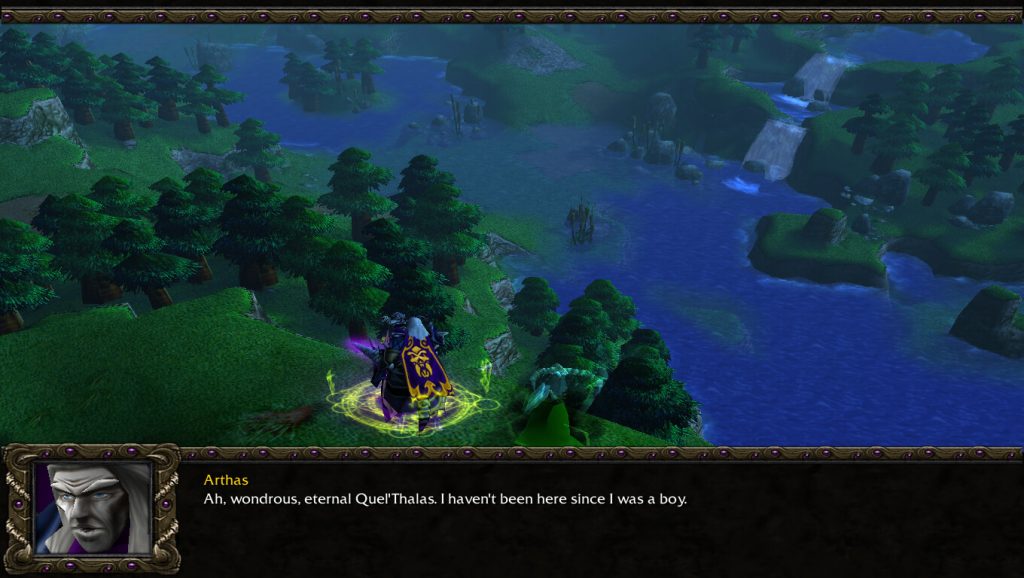 It does a great job at introducing and enabling the player to learn the unique aspects and play styles of each race, while engaging them with a substantial story and plot. Which is the leading story to the World of Warcraft series.

If you’re a PC gamer and have never finished the campaigns, then put it in your bucket list. Want to make games one day? Perfect learning material. Much to learn here, from terrain and level design to script writing and sound design.

One major motivation for me to start playing again, is to be as good at multiplayer and online play (standard maps) as I was playing Dota & Dota 2. It’s a well balanced game with seemingly endless number of strategies, tactics and builds. It’s not as complex and fast paced as Starcraft, but it’s not far off either.

When younger, I was never good at this aspect of the game. I am hoping that as an adult I can master it and learn to out smart and out maneuver my foe. If you have friends who would want to play with you then you’re going to have even a better time starting out.

I’ve just managed to defeat the (normal) AI in a 1vs1. Which was my personal goal and the starting point. Will continue, by picking a race, learning to play them well and begin expanding my tactics and strategies based on my opponents gameplay.

If you’re worried about having people to play with it’s not a problem, the Battle.net for this game is populated enough for you to match up and play PvP games. Frozen Throne has even a bigger population. However, I recommend mastering the basics of the first game before moving onto the more complex expansion. 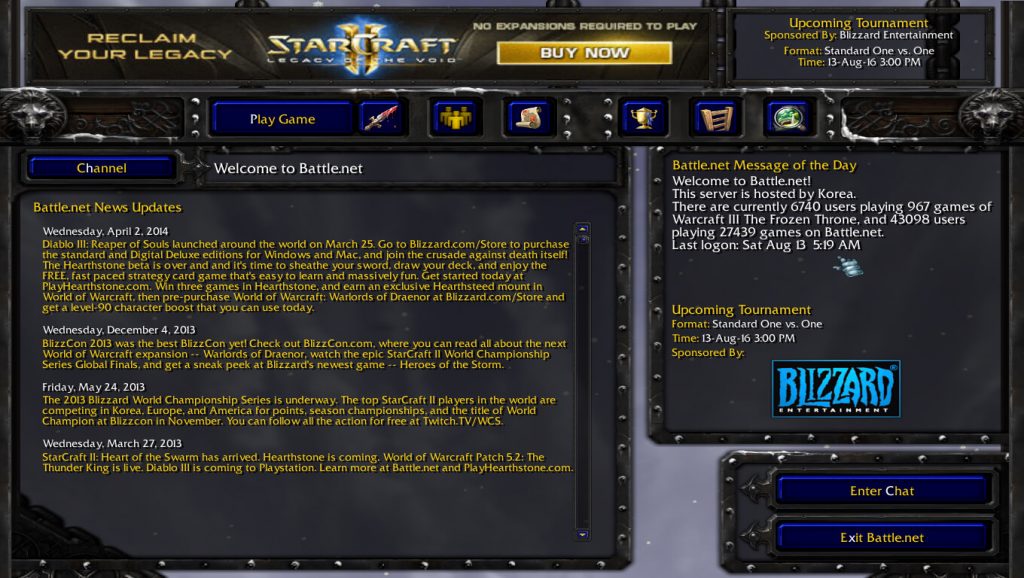 Besides the original Dota, tower defence games and hero survival games. There are a ton of custom games and campaigns to play. I haven’t even scrapped the surface when it comes to this element of the game. 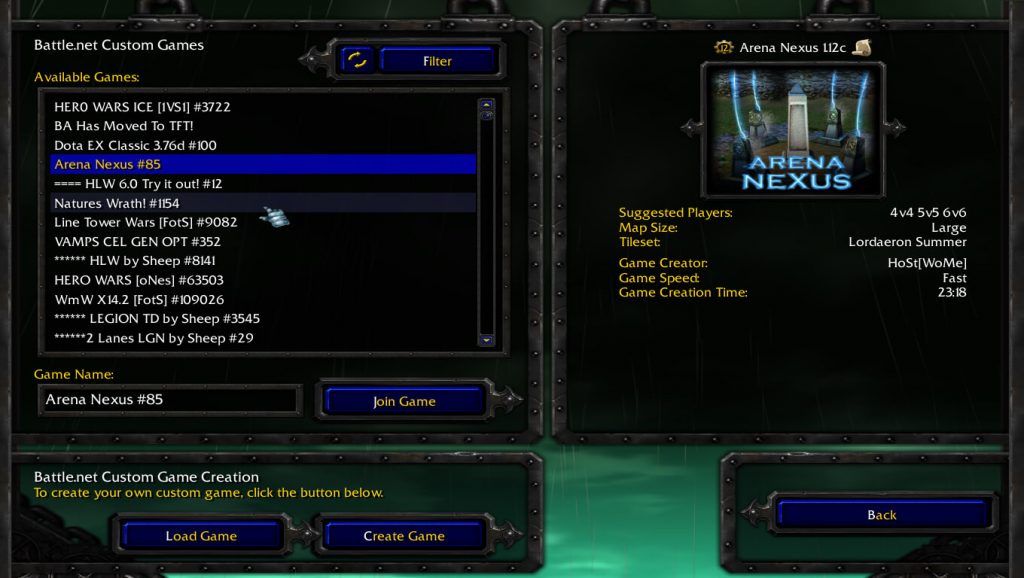 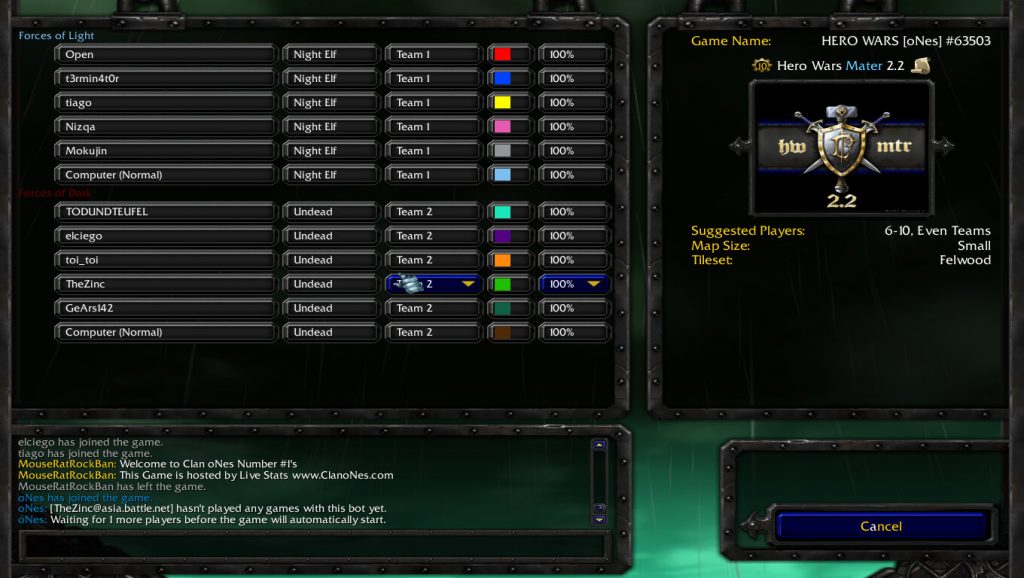 If you’re a modder or just enjoy play around with game development tools and level design software then you’re going to love the Warcraft 3 World Editor. You can do basically anything you want with it. This is what the original Dota was built on.

Create multiplayer maps, custom games and entire campaigns. Besides that, the World Editor is well design and really user friendly, won’t take you very long to pick it up. Especially if you’ve already played the game.

Once you’ve done the campaign and played a few multiplayer games and think you’ve got your head around the game. It’s time to jump onto Frozen Throne. Which is probably one of the most content rich and valued packed expansions the gaming world has yet to experience. 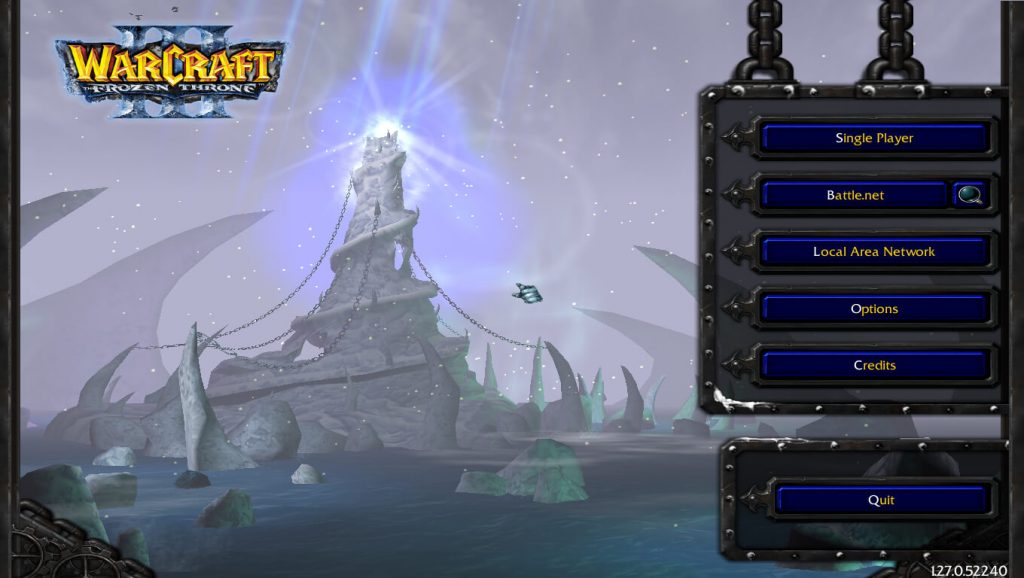 The Warcraft 3 Frozen Throne expansion includes not one or two, but four new campaigns! Four new race specific heroes (one per race), in addition to five new neutral heroes that can still be found in Dota 2 years later. Blizzard also introduced new units for each race, in order the help balance out the races.

For example, the Night Elves lacked any front line damage takers in Warcraft 3. Other than one hero, Treants and the Druid of the Claw, who was often more useful in his casting form. So they introduced the Mountain Giant, a huge stone tank with taunt and 1600 HP. These unit additions are consistent across the four races and positively add to the game.

You’ll also have two new auxiliary races to play with, Naga and the broken Draenei. Which can be utilised in World Editor for custom games and campaigns. In addition to other minor changes that help improve the game, you’ll have a handful of cool new Frozen Throne maps to play on.

If you’re an old player, then it’s time to return and join us. If you’ve never played? Maybe you’re part of the new generation or just never got around to it, then it’s never too late. The truth is that games like this should not be forgotten, be played forever and experienced by all gamers.

More importantly we gamers and consumers have responsibilities too. We cannot merely consumer games and forget them. We must help support great games and the developers behind them, by sharing them, continuing to play them and building solid communities around them.

This shift in behaviour will also give developers reasons to continue to support/patch and maintain these games. And therefore, both gamers and developers will hugely benefit.

In the meantime, join these communities so that we have a place to congregate.

Well besides playing the game, I will practice what I preach and plan on writing about other PC games that have withstood the test of time. Please share this with your friends and communities and join my mailing list.

“The future is ours” – Far Seer