This Dell Latitude E7440 review will not contain the statistical analysis and comparisons that you would have previously encountered, it’s more subjective and is the result of my personal experience. This machine has been a solid companion to me in the last year, used for work, study, research, entertainment and gaming. And even though it has given me some troubles, I’m still content with my choice.

What I do with it:

This is a business grade machine that I picked for a number of reasons. I wanted a well designed laptop that was durable and reliable and also had a 14″ screen size. This helped me narrow my choices because most laptops in production at the time were either 15″, 13″ or 11″.

Previously, I had purchased an Asus multimedia laptop and was quite disappointed in myself and the product.  I had picked the laptop based on price and specs only and gave no attention to design, build quality and long-term use. In terms of performance, it was fine. However, the build quality was cheap, the machine heavy (equally heavy charger) and the keyboard was clearly not intended to be used by humans.

The Latitude E7440 is by no means without a fault. However, it has been a valuable and useful tool to me, due to it’s great design, performance, durability and ease of use. In the paragraphs below I will share with you my experiences and the general pros and cons of the E7440 Latitude line.

I’ve put gaming performance first because it’s one of the most intensive tasks a consumer computer tends to take on and is symbolically the forge that puts the machine’s CPU, GPU, Ram and sound to the test. 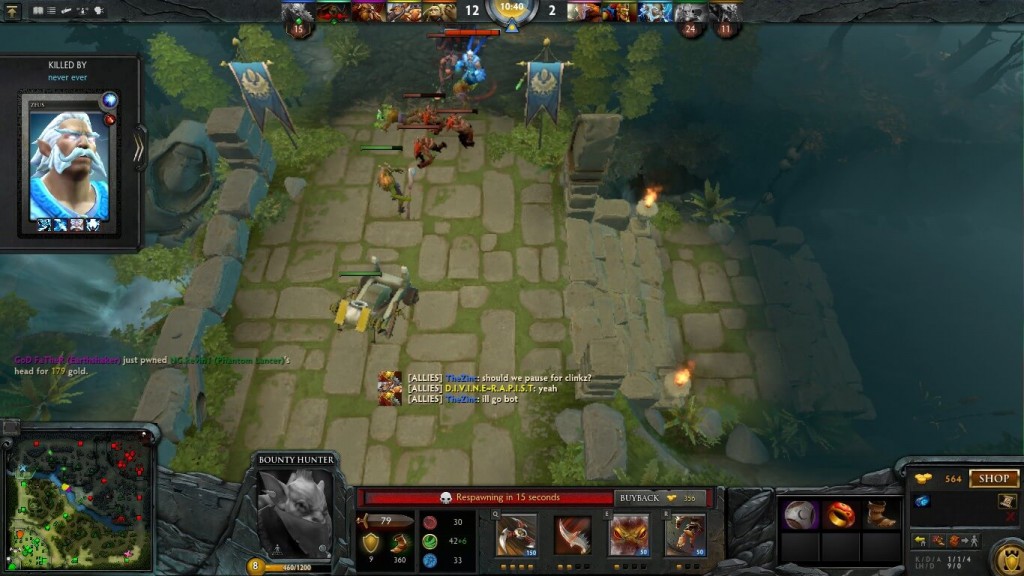 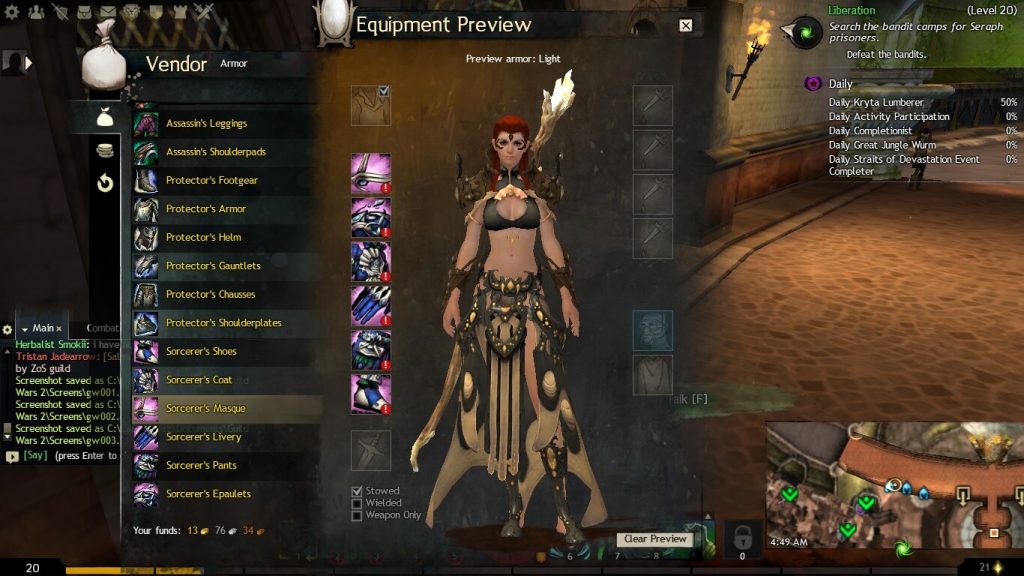 Even though you can game with this laptop, that’s not what it was made for. Gaming should be the secondary function of this machine, as is mine. However, I can say with confidence that you’ll have a satisfying gaming experience as long as you aren’t asking for too much and open to playing games that are not too demanding. Currently I play Dota 2 for it’s entertaining and competitive factor, I’m comfortable but I am playing it on 70% render capacity. If you are into indie games and tend to play older games like Guildwars or Age of Mythology or even new games that require lower specs, then you’ll be more than satisfied.

NOTE: I ended up bench-marking Sykrim on this machine, since it’s a demanding game and requires a lot of juice to run. To my surprise it actually ran with enough frame rates to be playable. Obviously I had to lower the graphic settings and tweak the options a little. 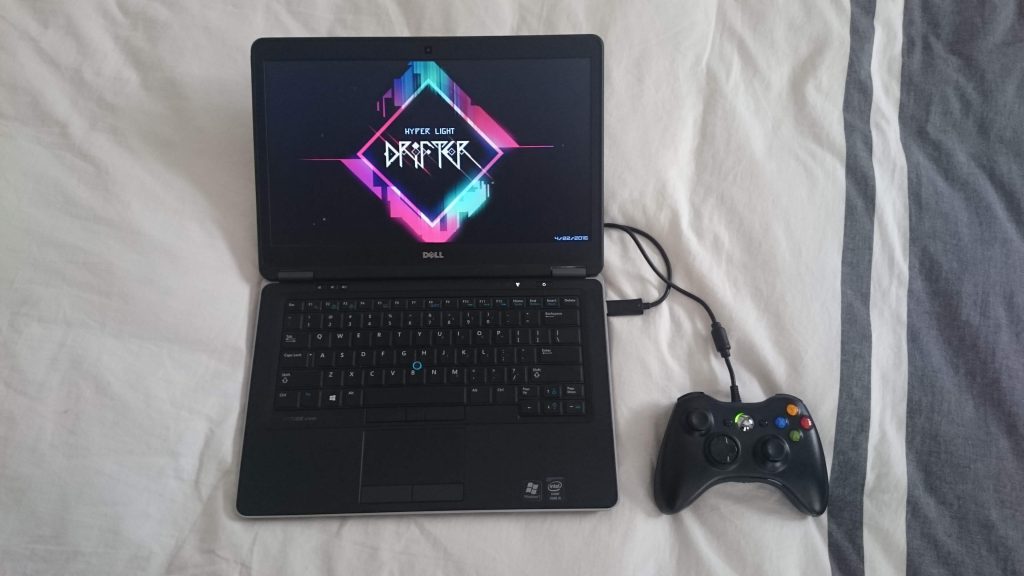 UPDATE: I have since began testing out more recent games on the machine and it’s done quite well so far. I grabbed myself a 360 controller and hook it up to play Kingdoms of Amalur Reckoning and Hyper Light Drifter. I’m having a ball, it’s like having a console with you.

Also found this link that Intel has made, where it lists the games that are compatible with the Intel HD Graphics 4400.

Now this aspect of the laptop will leave you stunned. It’s amazing. For a business grade laptop it has better sound than most multimedia laptops. Produced by openings at the front of the notebook, creating awesome high tones, medium tones and a powerful bass which really exceeds your sound quality expectations and needs. Making movies, gaming, music and listening to podcasts an experience.

The CPU benchmark score is 3750 based on cpubenchmark.net. Now to me this is more than enough, because I knew that my machine came with an SSD hard-drive which has a huge impact on the CPU’s performance and is essentially a common bottleneck for computing performance. The start-up loads within 10 seconds and I rarely if ever experience any lag or notice a drop in performance. The Dell E7440 i5-4300u comfortably renders a 10-15 minute 1080p YouTube clip under 10 minutes with Premier Pro. In addition, the TDP of this CPU line is only 15w which makes it very energy efficient.

If you’re getting this machine or any other machine for that fact, make sure that it either has SSD or that you could at least upgrade it to an SSD hardrive yourself. With this specific line I know that it either comes with a normal HD or a Micro-SSD. With mine, even though the machine has the space for an additional HD, it does not contain the connectors and DELL chargers a ridiculous amount for them. So bare that in mind if you are wanting to have two hard drives. I have made by with a 128GB Micro-SSD and my 2TB WD Elements.

Now when it comes to casing we have two categories. Carry bags and the actual casing of the laptop. In terms of a carry case I grabbed the 14-Inch ORICO Notebook Sleeve Cover Case from Ebay and am very happy with it. In terms of the laptop casing, well that’s a positive too. It’s built to last and quite solid. I’ve managed to bang it around multiple times without any visible signs of damage. The lightness of the machine is deceiving but it becomes clear that it was made to be used, it must have had some design influence from the military laptops DELL produces.

The keyboard is one of the best I have so far used. Well designed and responsive, making typing an enjoyable and intuitive experience. It also has been designed in a way that stops small particles of food and other things slipping into the keyboard tray. In addition, it can be replaced if you damage it or it stops to work (which is important to me). One negative that I should mention is that the middle of the keyboard sinks in slightly under the pressure of your fingers. I solved this issue, by cutting out an A4 piece of paper to the shape of interior and placed it inside to create that extra bit of support. This has drastically reduced the sinking and has made it unnoticeable. 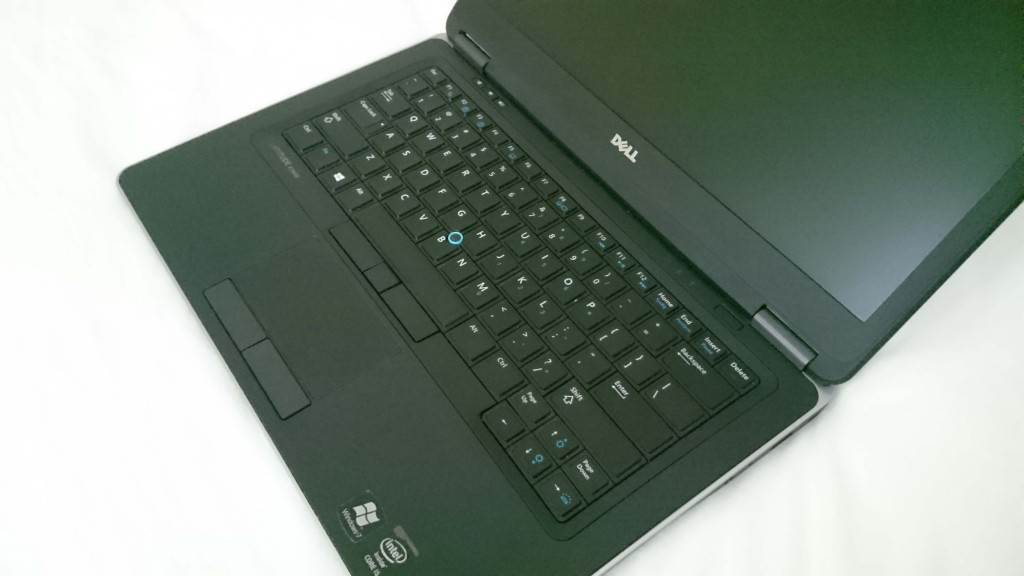 The touch pad is precise and smooth enough for use and very minimalist, which works to my taste. But has one flaw that leaves me quite frustrated at times. It seems that the multitouch gesture for scrolling is very similar to zooming in and out. I’ll let your imagination run wild on that one. In saying that, this problem is easily solved when you use an external mouse or enter the touchpad software and change/disable the zoom functionality.

The current battery life is decent, it runs for a good 2-3 hours of constant use, depending on the intensiveness of the tasks and processes. But when in an idle state it can last for hours. In fact, initially, before I left it on charge overnight a few times the battery would give me a good 5-6 hours of use..

In comparison to my previous Asus laptop, the adapter is tiny. It’s smaller than my Sony Compact Z1 and weighs about the same (very easy to carry store and carry around). The cable I’d say is a good two meters. But the most important thing here is that the power socket is in the back of the machine rather than on a particular side, which if you’ve ever experienced this before is a pain.

One of the biggest bonuses of this machine is it’s light weight and slimness. Weighing at 1.63 kg and potentially lower if your machine only has the Micro-SSD, it’s like carrying an actual paper notebook around. Of course, it isn’t as light as an Ultrabook or Surface Pro. However, it isn’t far off and has the added performance and cooling ability that the slimmer machines lack. 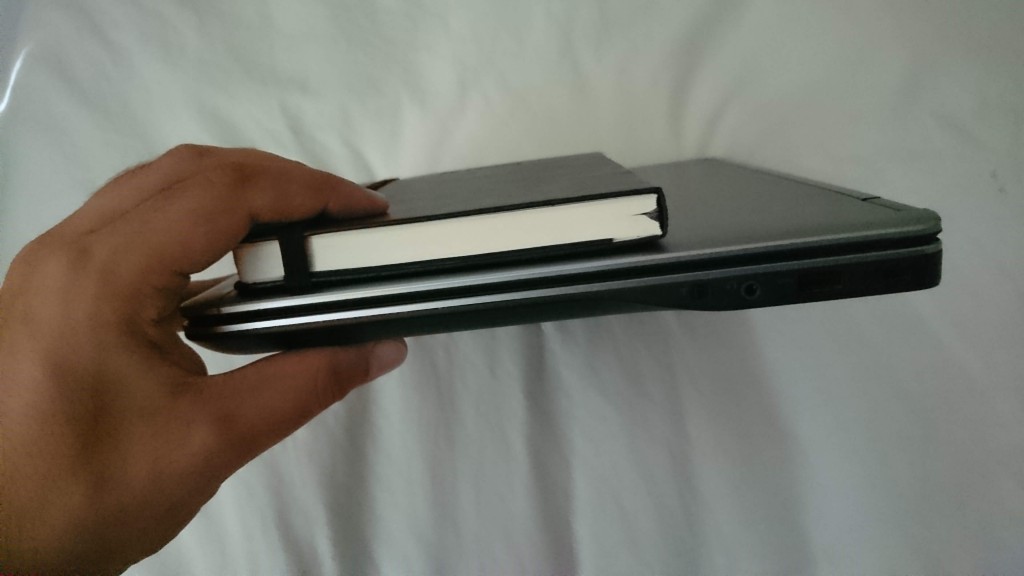 The display is probably the weakness of this machine. With the cheapest version coming with a matte WXGA panel with 1366×768 pixels and 112 ppi (what I have). The only positive being it’s ability to display outside in the sun. The colors are not very accurate (a first work problem). I solve this issue by running a second monitor which gives me a better understanding of the colors when I’m designing stuff.

UPDATE: After writing this review I began paying more attention to the display and honestly it’s pretty decent when it comes to watching Netflix and playing video games. It does a good enough job and the colour accuracy isn’t an issue or even noticeable. In fact, I prefer the colour to my monitor and many other displays that I have watched something on. It only becomes evident when designing things.

Now with all that said, the Dell Latitude E7440 original release price point of $1,800-$2,400 AUD (if I remember correctly) was an absolute rip off. But then again most brand new things are in our consumerist society, especially technology. However, if you can obtain it for anything less than $1,400 brand new or $1,000 used (in 2016), then it’s a worthwhile and solid investment. It’s not perfect, but nothing really is in our fast paced economic systems. 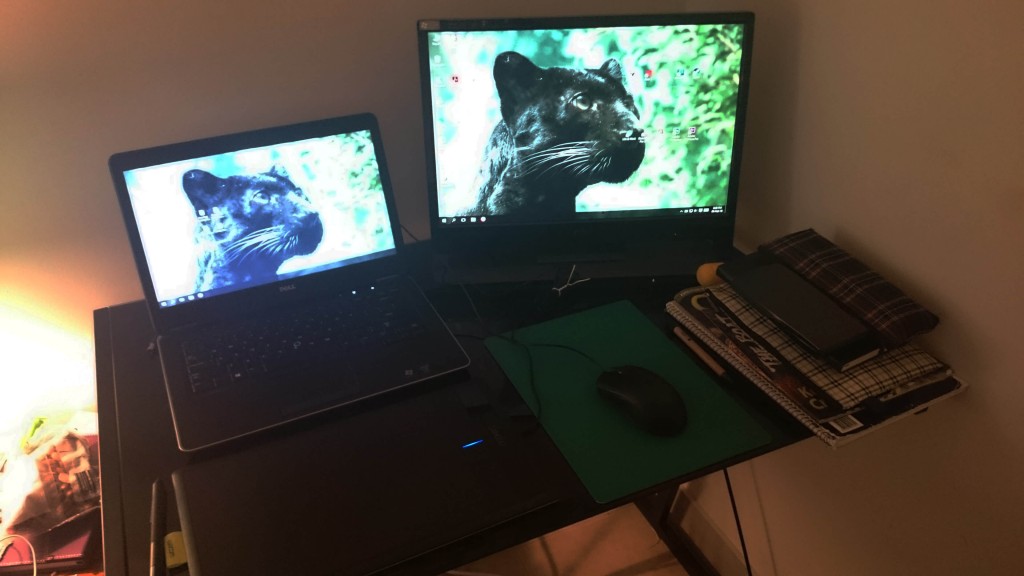 The Dell Latitude E7440 with it’s flaws like any other authentic human, I mean machine, is still a solid choice. It’s quality, performance and great design out way it’s minor and solvable issues. With the added benefit of it’s price drop since it’s release, makes it a great laptop/workstation for the efficiency and practical minded individual. A quality companion to enhance productivity and pleasure.

Based on my current experience, this laptop will make it into the future with me for at least another two to three years, probably even longer since I kept my first laptop for eight long and beautiful years. I don’t see it failing that drastically in terms of performance to it’s future competitors. Especially since I can take care of the majority of hardware upgrades and issues that can occur overtime.

Stop overthinking it and go buy yourself one.