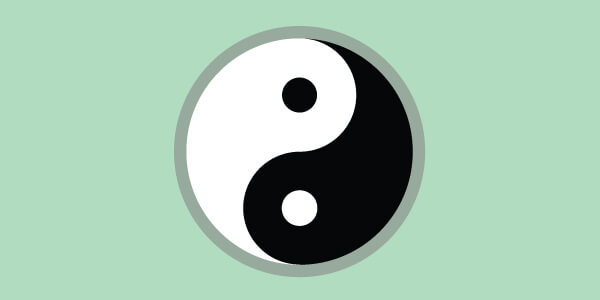 Yi Quan Kung Fu (also known as Dacheng Quan) is a simple and practical Chinese martial arts system that was created for the battlefield. With origins around 900 years ago, Yi Quan is one of the oldest ‘internal’ martial arts (an internal style will not rely upon your physical size, strength, flexibility, age, or sex) and is based on the Chinese 5 elements theory. Yi Quan’s style of fighting dictates a highly aggressive ‘take no prisoners’ attitude, where the goal is to end the conflict in the quickest, most effective manner possible while inflicting the maximum amount of damage in order to incapacitate the opponent.

I’ve only recently begun learning Yi Quan, and literally had no idea it existed prior to moving cities. However, it had become one of my life’s goals to learn and practice a form of martial arts. Because I felt that as an aggressive and intense individual I needed a sport or a form of physical exercise that allowed me to channel my more aggression and warrior like nature. I had always been fascinated by Eastern philosophies and the martial arts systems that had arisen from them, though there was the impression that they were no longer viable and more focused on beauty than practicality and combat.

On the other hand, I was also seeking a martial arts that was focused on more than the physical. I had previously practiced Muay Thai kick boxing and even though I had enjoyed it, I was not fully satisfied and fulfilled. So by chance or divine coincidence, I stumbled onto a Yi Quan, and shortly after began practicing it. So far I have been fulfilled, not only is the system practical but fulfills more than the physical and essentially contains both yin and yang.

This guide will be a part theory, part my learnings/reflections on the system and its teachings and more importantly continuously evolving as I learn more and add additional information. But the core purpose is to give you insight into the system and it’s potential and also create a space of learning on the topic.

The principles of Yi Quan were honed on the battlefield and mainly developed to be applied against a foe that is armed and also armored. Therefore, Yi Quan favours very direct and incapacitating techniques that would quickly end the combat. Even though Yi Quan contains Chinese grappling techniques, they are rapid and focused on take downs. From the Yi Quan point of view the longer the grappling the more vulnerable is the warrior to attacks.

Yi Quan focuses on continuous evasion and vicious percussive strikes. The powerful percussive strikes of Yi Quan will not only damage the opponent, but also disorient him. By striking through the enemy’s center of mass, their earth line or the vertical gravity line which is their center of balance. In other words, Yi Quan is based on techniques that block or evade first and then counterattack through a serious of continuous strikes, until the opponent is incapacitated.

In Yi Quan the direction of the movement is mainly linear. The arms are held out (flattened) in front of the body and the centerline of the practitioner is lined up with the earth line of the opponent. The hands, feet and torso all arrive together and the nose, lead hand and lead foot are always aligned along the same vertical axis.

Through this stance the user is able to use the Qi at the Dantien (the horizontal center axis below the navel) in addition to their own weight to focus all their power into one pulse or percussive strike, which is aimed to release a sudden burst that penetrates the opponents center of mass.

These are the forms, movements, strikes and weapons that Yi Quan Kung Fu is built around. They are like building blocks that are gradually added to your repertoire as you progress through the ranks and grading. The nine weapons for example are used easily and effectively in combinations to incapacitate your opponent. It is very easy to freestyle and use these strikes instinctively to cause a great deal of pain. In fact, you are encouraged to go beyond the taught combinations to come up with your own, once you have got your head around the movements, reasons for use and correct positioning and timing.

The basics are the nine weapons, which are sets of three strikes, blocks and kicks. These introductory weapons are more than sufficient to cause great pain and the potential of the system becomes very evident once learnt (I learnt these in my first lesson). Early on, used through combinations to train the beginners body, mind and will to the ways of Yi Quan.

These consist of Metal, Water, Wood, Fire and Earth which are the core movements and expressions of the possible combinations of motion done by the upper body. These elements are not unique to Yi Quan and are widely used in other forms and systems. If you every watched Avatar The Air Bender you’d get a good understand of what these mean.

3. The Animal and Insect Forms

The 11 animal and 1 insect influences or spirits are then introduced gradually as the student begins to understand the five elements. The five elements in combination to these spirits or forms maximizes the bodies effectiveness and power when striking. I am yet to learn these, but so far have observed the horse, monkey and snake.

Finally the most exciting part, at least for me is the use and defense against the following weapons; fengun, lance, spear, dagger, throwing stars and the short sword. Essentially the weapons available to the Chinese military at the time.