Hollow Knight is the type of game that does very little hand holding. And players will find many mysteries and challenges along the way. In saying that, some of you might want a little general information going in without ruining the experience. And this Hollow Knight Guide aims to fill that void.

What To Do First

Early on you have very little tools or resources that will help you along the road. So your initial investment of your Geos will be quite crucial to your experience of the game. As soon as you get the chance, purchase the following:

Map to help you find your way, Wayward Compass to navigate and Quilt to make updates as you make discoveries.. 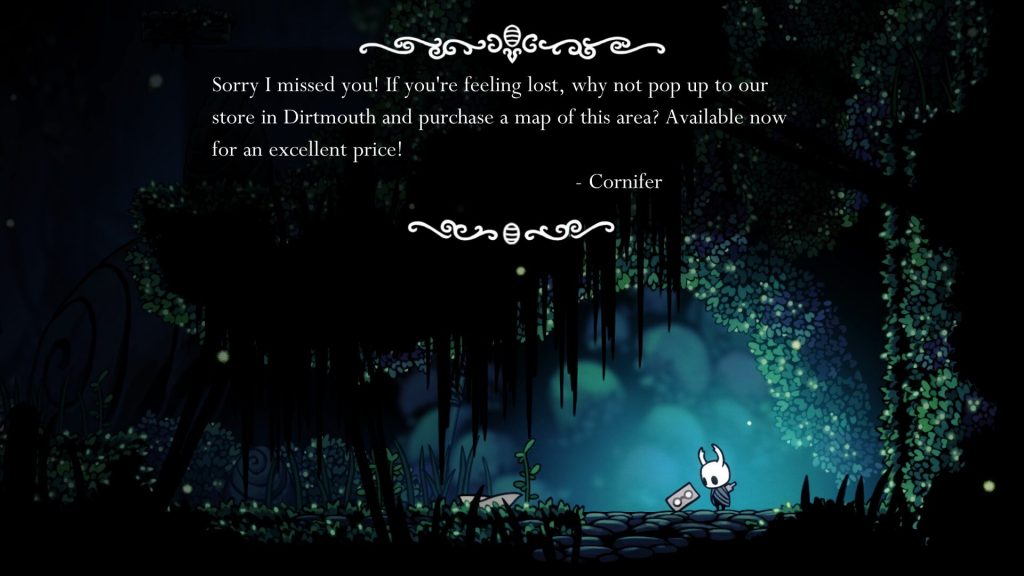 Your second most important investment will be the Map Pins, these will indicate things such as benches, vendors and stations. They will save you a great deal of time and energy, while allowing you to plan ahead.

These early investments will then set you up for the remaining part of the game, and will make life much easier as time goes by.

What To Spend Geo On

Spend your Geo freely when ever you come across things that you think are useful or will be at some point be useful. Because you’re bound to lose some along the way, and it’s better to spend, than to hoarded and lose.

In fact, the majority of the things that you come across will be useful and beneficial on some level. Especially purchases such as charms and upgrades. And the process of farming Geo is quite simple once you begin to explore and understand the basics.

Like any other form of combat there is a rhythm and need for pacing. And these basics also apply to Hollow Knights combat. Remember this, and practice. And you’ll find combat much more effortless and natural.

More importantly a need for patience will take you a long way in this game. Remember to use all the mechanics available to you and fight at and advantage. A great example would be your ability to judge distance.

Better to Cast Than to Heal

It is often better to cast Vengeful Spirit and kill your enemies quickly than fight, take damage and then heal. Unless of course, you’re practicing. With this approach at least you’re saving time.

Which is a reminder that going a caster focused build is a viable and powerful route. Make sure checkout this list of the best charms for more information.

Remember Anything Can Kill You

Literally, anything. Assuming an enemy is basic and giving a half-hearted effort to killing them will often kill you instead, or at the very least take a life or two. So stay alert and be prepared, even against the most unlikely of opponents.

You’re playing an exploration game, so bring your adventurous spirit and the desire for the unknown. Hit surfaces for breaks and secret areas. Go out of your way to uncover a new room and make notes of the areas that are unavailable to you. They will always be worth it.

Pay Attention to the Details

Simply look and you’ll often find the way. Because this beautiful and intricate game shows you a great deal if you pay attention and give it all of your focus. 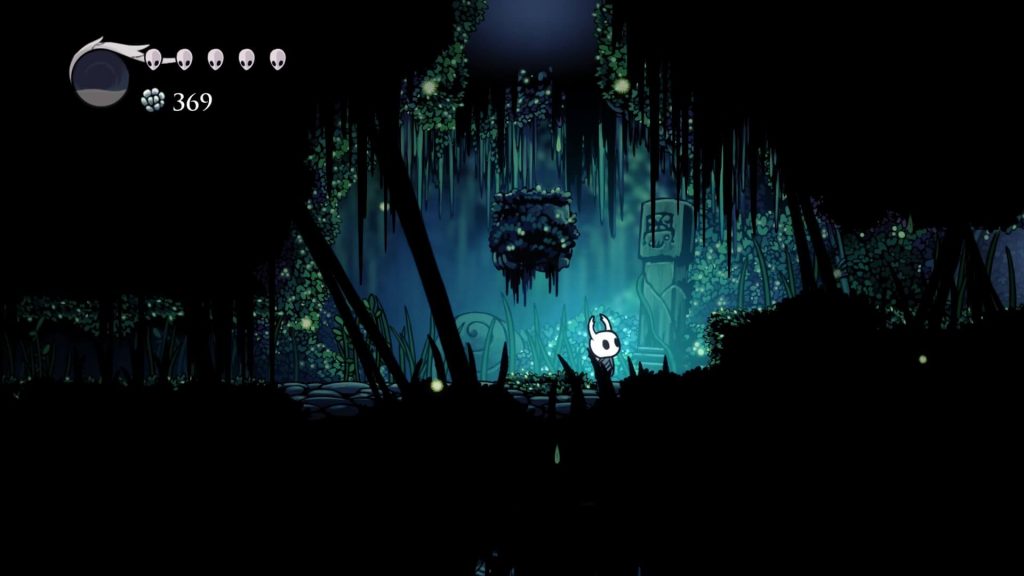 Make Use of the Up and Down Mechanic

Going for it blind is never a good idea..
Especially when you’re given a mechanic to minimise that. 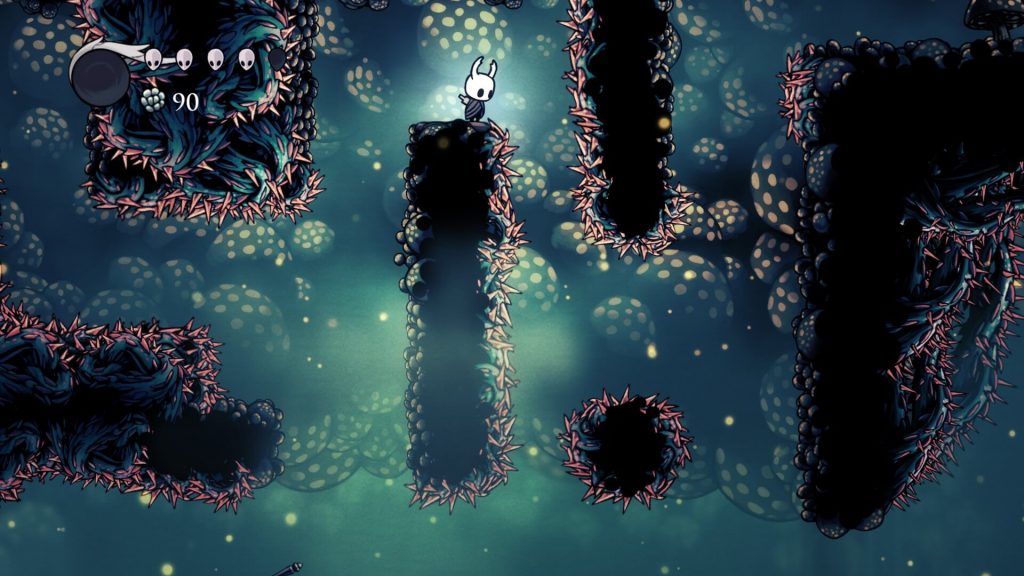 Somewhere in the east of Greenpath. You will meet an ancient Hunter, who will grant you the Hunter’s Journal. The journal can provide tips on certain enemies and best ways of defeating them. But only once you’ve defeated enough. 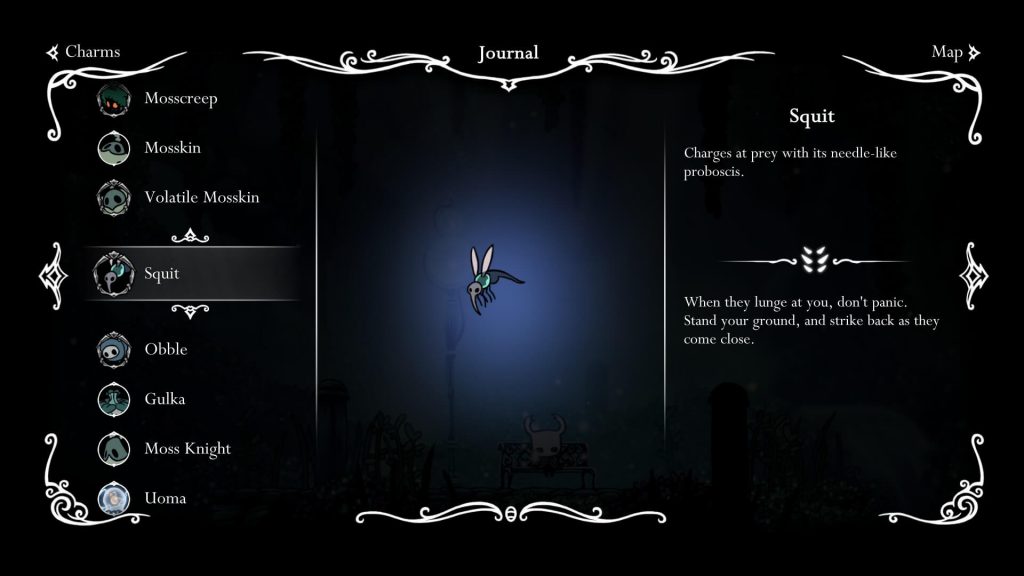 Besides in game rests that will replenish your health and make updates of your discoveries. You will eventually find yourself nerved at some point during the game. It is best to take a break and come back with a fresh & clear mind. 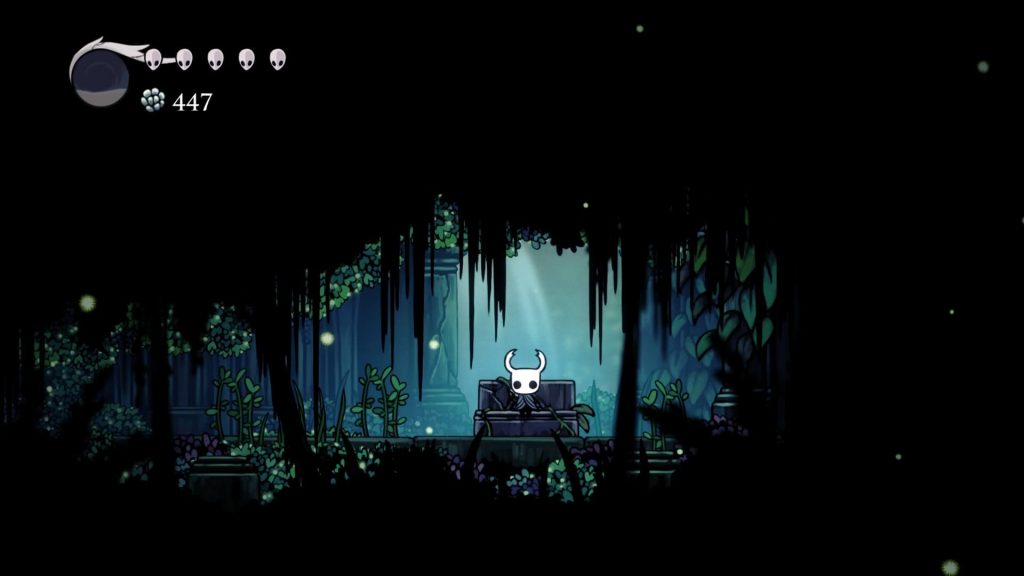 Focus on them rather than all the things thrown at you to distract you. Your mind quickly learns to focus on the primary target while giving secondary focus to the obstacles. This tip, probably transcends beyond the game.

Saving Your Geo by Quitting

When chances of survival looks grim and you want get out while you still can. Exit the game and reload. And you’ll be at your last save spot with your Geo intact.

Checkout the list of the Best Hollow Knight Charms! 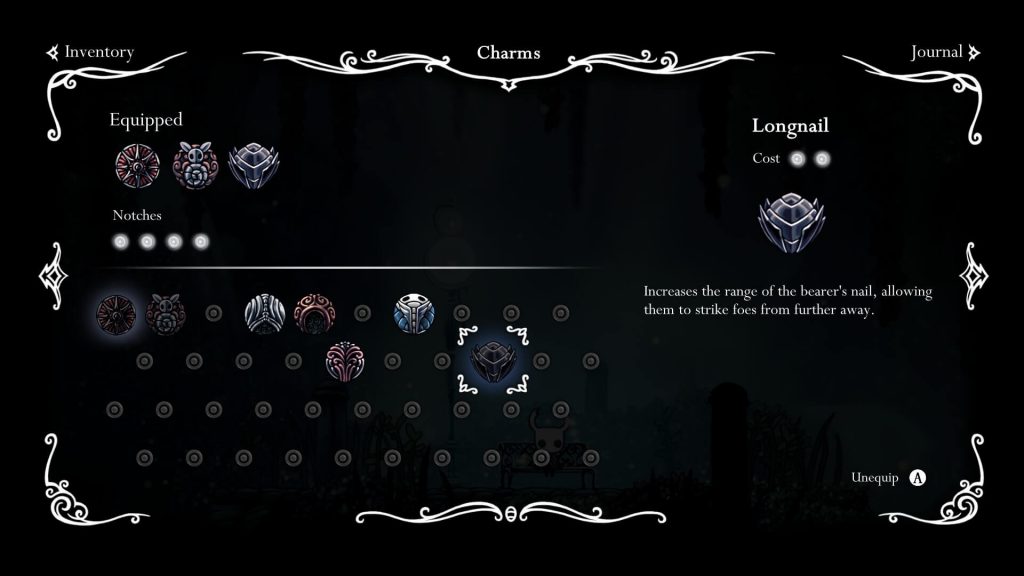 These have been found the most useful amongst the early charms: