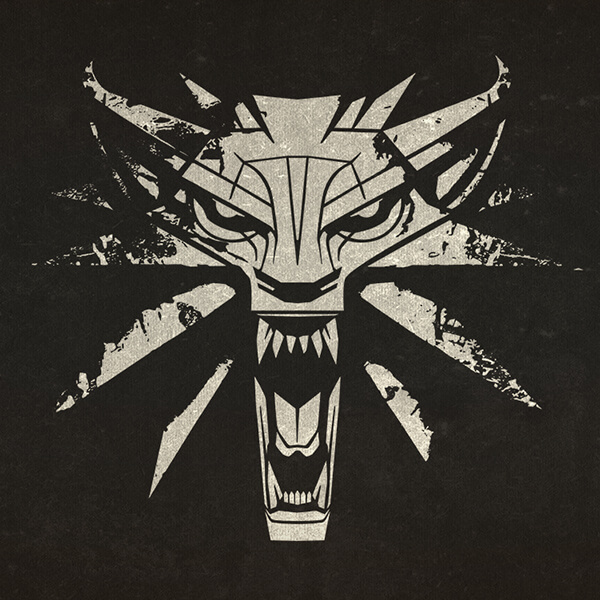 So you’ve decided to play The Witcher 3 how it was intended, by playing on the Death March difficulty level. Congratulations, you are a brave soul.. Don’t worry though, you will be rewarded for your bravery and if you haven’t yet built the courage to do so, I encourage all of you to give Death March a go. See, The Witcher 3 has a very intricate combat, enemy, crafting and alchemy system, which you will only really appreciate and experience fully when you play on Death March.

Consider this before starting on Death March

Playing on Death March is only for those who want to take their time and enjoy the world and what it has to offer. The mindset of rushing through the game is quite common, one that I myself had early on, until I began to realise how amazing the game was and also because I was struggling with the main quests and the first werewolf encounter (Sword and Story). I started again with the knowledge of the locations of a few early game greens and relics and played with a completely new mindset. The days of hacking and slashing were over, I was to learn what it truly meant to be a Witcher.

1. Your First 10 Levels Will Be the Hardest

It’s important to note this, because as you advance you’ll find that the game becomes easier. And that is how it should be. By level 10 you will be familiar with most of the enemies, know the combat system well, alchemy will have become your friend and you’ll have the gear of your choice.

2. Save After Each Fight

Making a habit of saving after each fight will help reduce the frustrations of dying in combat and help you keep your momentum. Early on, I found myself having to re-fight sets of enemies again which was quite demotivating.

You always go into combat with your Quen shield up because it literally saves your life and gives you that extra amount of time and resources to take down the most difficult of opponents. Keep in mind that I used a light-armor build and relied on high mobility and dodging to play the game. Axii was my second most used skill, especially early on when taking on large packs of human or humanoid foes. Single them out and use Axii and kill them in one or two blows.

4. Do The Devil by the Well Contract ASAP

This contact will not only give you a good idea as to how to take on difficult and conditional enemies (by using the bestiary and preparing for fights in advance) it will also give you a trophy that will increase amount of experience you earn from killing foes. 5% extra experience earned from human and non-human foes.

Early on these animals are very difficult to defeat especially when they are in large packs. Agile and great in numbers, they will quickly overwhelm you and have you repeatedly pressing the reload button. So unless you have to, in the first 2-3 levels run away from them. 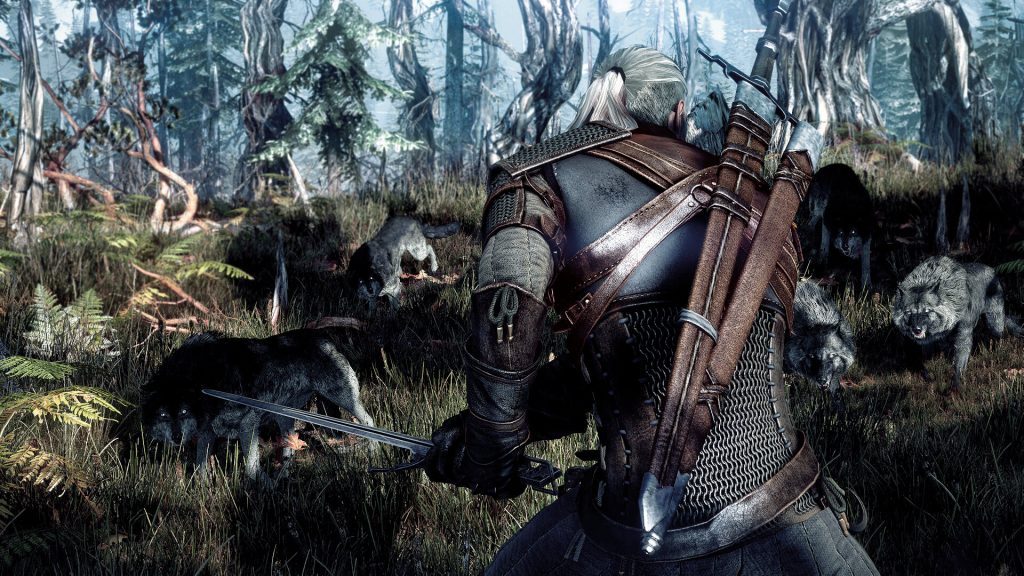 The Serpentine Steel & Silver swords will drastically improved your gameplay in those levels, the jump in damage is huge and you’ll love fighting your foe. In fact, they are so OP that you’ll lose interest in the combat if you have them on any other difficulty. So this is a must! The Silver Sword is level 1 whilst the Steel level 2. Besides the huge jump in DPS they give you a total of 25% more experience earned from human and non-human foes.

7. Complete All of White Orchard

This allows you to maximise your exp gain in the early stages of the game. But more importantly, White Orchard contains six Places of Power. That means six extra skill points that will hugely impact your early game experience before you hit level 3.

8. Loot Everything, Even Herbs

That’s right, loot everything that you can. Money is very hard to come by early on and you’ll need as much of it as you can. Also this method helps you to gain the crafting materials to create your needed weapons and alchemy recipes.

9. Sell Loot To the Appropriate Vendors

You might not have thought about this or perhaps you don’t care enough but if you want to have a decent cash flow, you’ll need to sell the appropriate loot to their appropriate vendors. The herbalist on the road will not give you much for your swords and the blacksmith isn’t dying for your wild herbs.

The Temerian Level 4 set is perfect for the lower levels, though it is expensive. That’s probably why I put it after loot everything and sell for maximised profits! It’s light and perfect if you are going for a high mobility build.

11. Swallow Tonic Is Your Main Heal

So you can no longer meditate for an hour and have full health, which makes sense. So your only sources of health regeneration will be Swallow and food. You’ll either have the recipe right from the beginning or will come across it very early on. Use it efficiently since you only have 4 on you at a time.

12. Be Patient and Strategic In Combat

Basically take every fight seriously, a group of low level humanoids can still take you down if you are careless. The combat at this level is much like Darksouls, anything can kill you. Learn when to roll, dodge and parry. It’s all about timing and once you get the hang of it, you will be able to take on foes higher level than yourself.

The side step mechanism is the key to quick and efficient combat. If done correctly it not only helps you to dodge your foe, but provides you with enough momentum to strike them shortly after. Enemies are weakest being attacked from behind and sides.

14. Familiarise Yourself With The Bestiaries Section

Read through the bestiary section often as it updates. You’ll find new and interesting insights about your enemies that will not only ease the monster slaying part but will also increase your appreciation of the game and it’s lore.

15. Understand That Each Enemy Needs To Be Fought Differently

If you’ve followed the last suggestion then you’d also know that each enemy needs to be fought differently. A great example will the Wraith family, each has their own strengths and weaknesses and if you don’t know it prior to the fight you are going to have a hard time.

Investing some of your extra cash flow into purchasing unread books is an excellent idea. It will provide you with updates on foes that you are yet to meet and alchemical formulas that will come in handy in the future.

18. Make All The Recipes You Can and Learn to Use Them

The great thing about the alchemy system is that once you make it, you won’t need to make it again. So as you acquire new formulas spend a little time making each one and figuring out how you can incorporate these in your play style.

19. Do All Witcher Contracts

The Witcher contracts are not only an opportunity for you to gain some solid exp and coin. They have great little side stories to them and so far one of my favorite parts of the game. Getting to exploring unknown areas, facing dark and formidable enemies while experiencing unique stories and plots is the best part of the Witcher world. Oh and don’t forget to negotiate your fees, your work is highly risky. 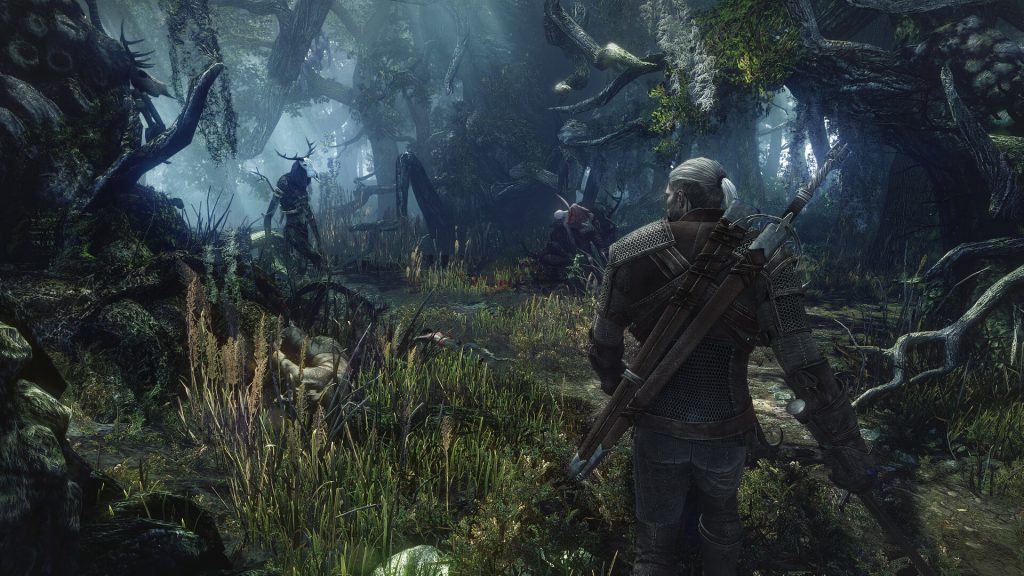 Get the Griffin weapon set even if you aren’t planning to use the armor. You’ll get to keep that DPS and experience bonus that the previous set provided.

A working and practical build that can always be improve on. The goal is to maximise agility and out maneuver your foes. Don’t forget you are playing Witcher 3 on Death March, it’s suppose to be challenging and fun. 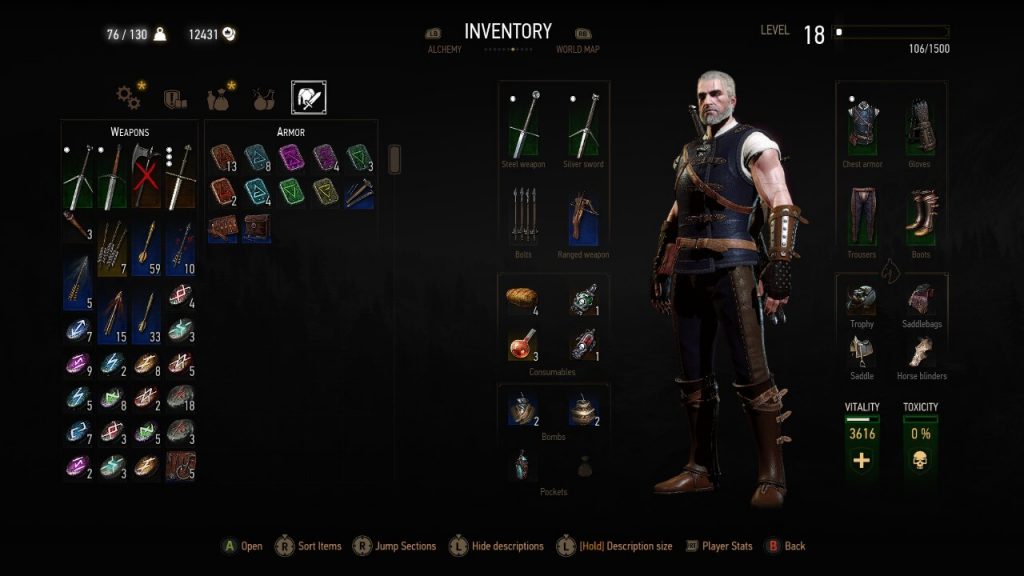 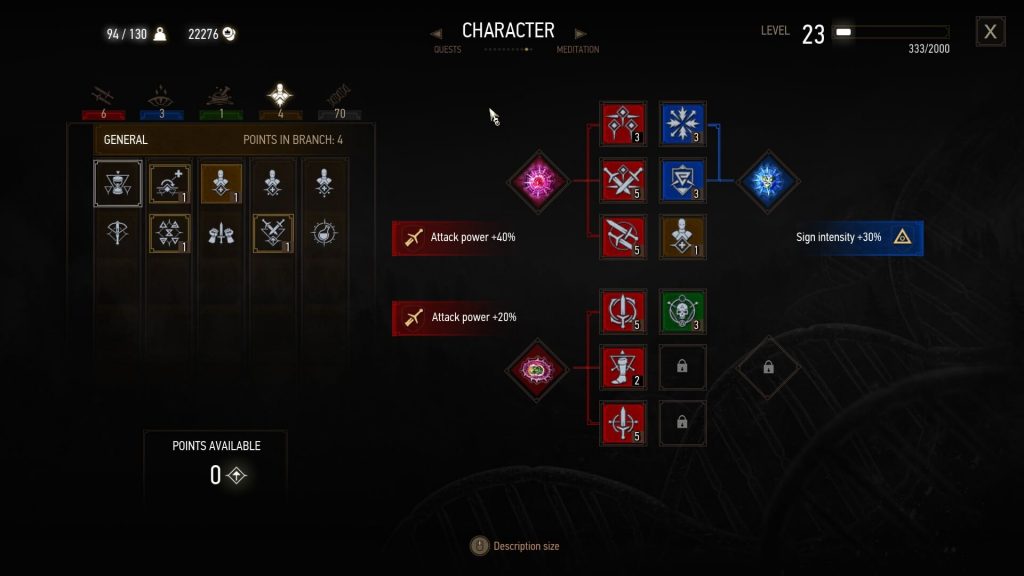 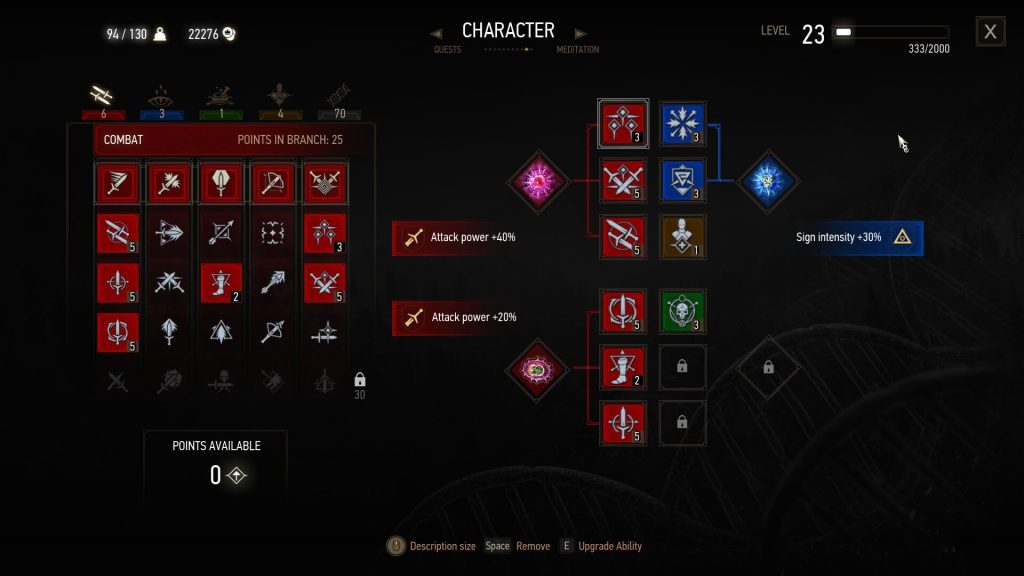 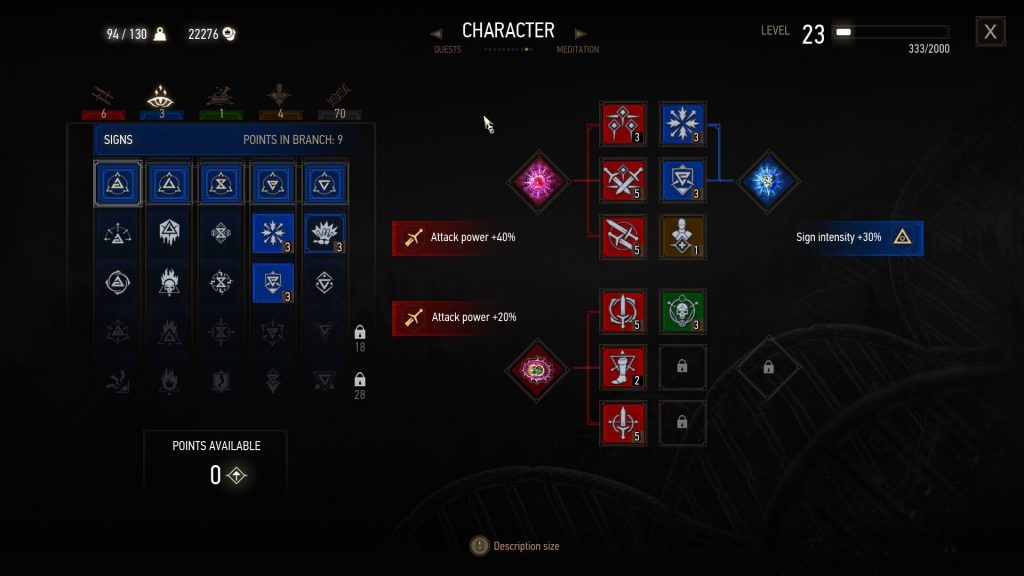