Recently my Necromancer .d2s save file went corrupt. The file was zero kb and unusable. After not being able to get any assistance from the Blizzard forums (not their fault), thought I could try and solve my own problem. The first step was opening the .d2s file and that was done using a program called HxD – Hex and Disk Editor. It seems possible to reprogram my Necromancer based on my Amazons .d2s file, or another fresh Necro file.

This is what a healthy character save file looks like. On the second line we can see the characters name. Other than that everything else is cryptic to the highest order (at least it seems so) and requires some form of decrypting instrument to understand and alter. 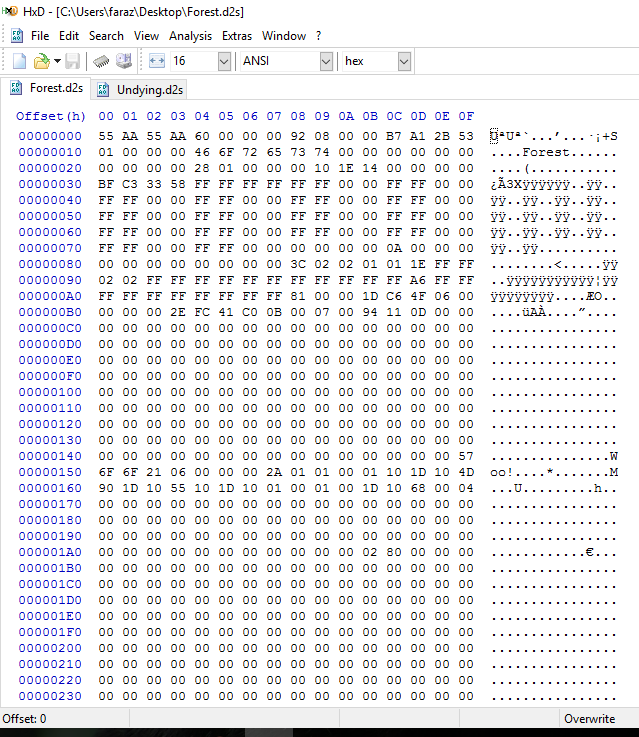 This is missing everything and has nothing but the tabling system in place. Looks like it might be a lot of work rebuilding the character from scratch. Might be better off making another and replacing the needed code. 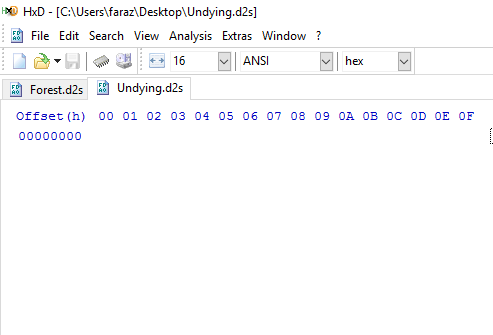 By highlighting the grouped characters on the right, you gain access to the data that has been stored within them. As you can see below, highlighting my Amazons name has caused the highlighting of the six number groups on the 00000010 line. Unfortunately this is how far I’ve gotten. However, this guide explains everything we need to know to be able to read and edit the code. 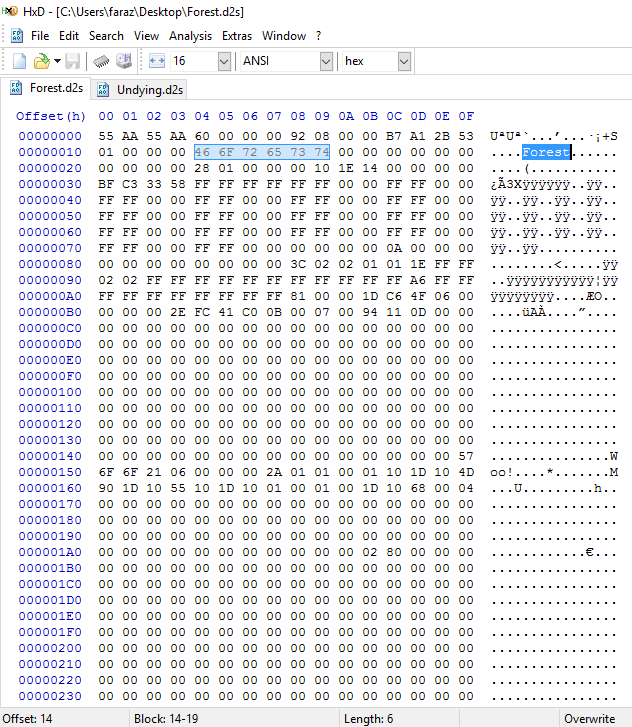 Is it me, or does the pattern on the right look like a double helix DNA structure? 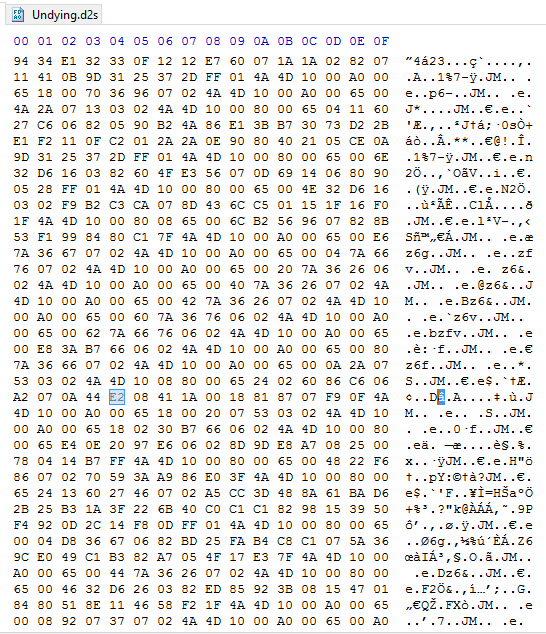 Will update this based on any progress made in bringing Undying <3 back to life. So now, in case your singleplayer character .d2s file becomes corrupt and unusable you'll know where to start..

UPDATE: Another solution is to use the Diablo 2 Hero Editor. The download page can be found here. The current mod version works with D2 LoD v1.14d without any issues.