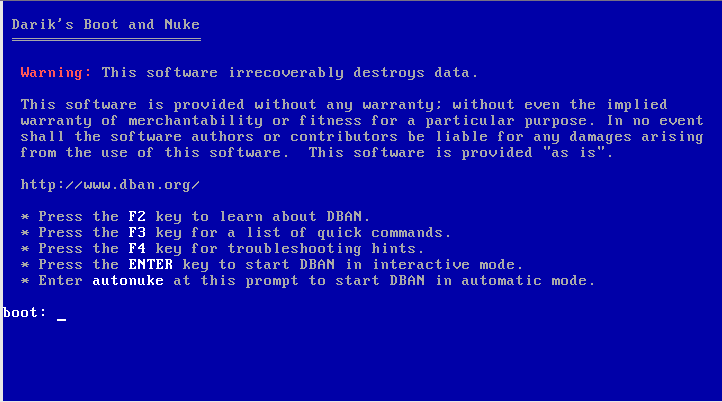 Having to wipe a hard drive clean using Darik’s Boot and Nuke (DBAN) recently. I ran into the issue where the program was running at a very slow speed and would essentially take days to do a single Quick Cycle. Running v2.3.0 and not finding a clear solution online. I found out how to fix the issue with DBAN taking too long. I can’t say this will work for everyone. However, this did work for me and I will give you a short background on my situation to see if it matches yours.

I was wanting to wipe 2x 500GB SATA Hard Drives for my Original Xbox HD upgrade project. I first ran the program via a USB stick on my older Intel i7-4770 Processor system. Both hard drives would slow down to a point where the Throughput (which can be found on the right side of the DBAN interface) was below 2000 Kb/s. And it only progressed just over 3.0% on Quick Erase in 4.5 hours. Obviously this method would have taken me days if not a week. As the Throughput would fluctuate even further down at times.

Initially I thought that perhaps this was either a program bottleneck or my system itself. My research showed that Throughput is normally somewhere above 100,000 KB/s and fluctuates between the 60,000 – 130,000 KB/s range, so it couldn’t be the software. This led me to try to run the same thing on my newer Ryzen 5 3600 system. Which led to the exact same results. However, this time when I would enter the BIOS to boot from USB. I realised there was a locked hard drive prompt, asking for a password for both hard drives.

As I was messing around with these hard drives to use for my Xbox softmod. They had essentially been locked. Which is something that is required for them to correctly function with the Original Xbox BIOS. And the slow speed was due to this fact. Once I unlocked them using the program which I had locked them with originally (XboxHDM). The speed was drastically higher and I managed to Quick Erase one of them in just over 2.5 hours. Using my Intel i7-4770 Processor system. With the following settings: PRNG: Meresenne Twister (mt19937ar-cok), Method: Quick Erase, Verify: Last Pass and Rounds: 1. My highest Throughput with these settings was 131,000 KB/s though it would gradually drop to around 72,000 KB/s before jumping back up. 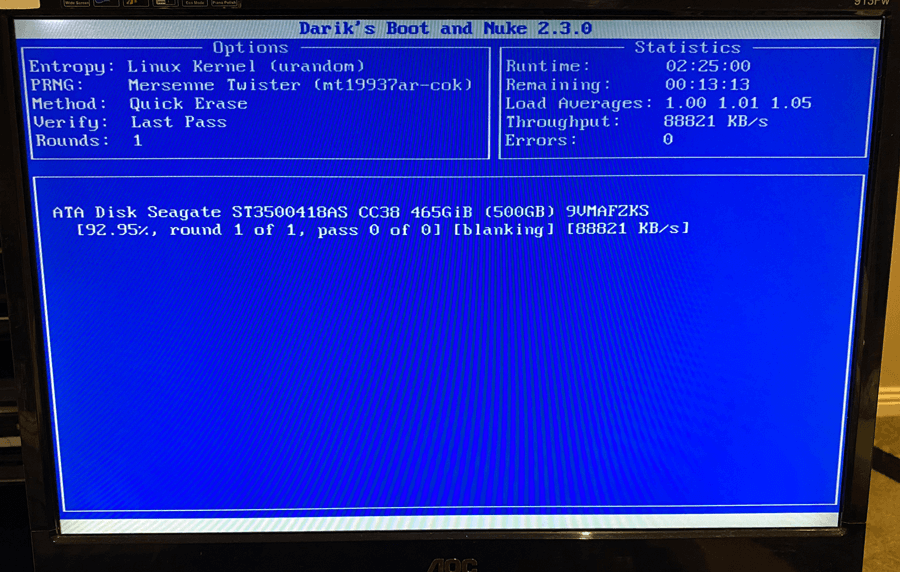 How to Unlock Hard Drive

This part I struggled to find a direct solution to. But I don’t see why you cannot simply use XboxHDM as I did to unlock your hard drive. There is a link for a specific version for USB or SATA connected hard drives here. Much of the instructions you do not need to follow. Simply reach the point where you can unlock your hard drive on the main menu. Use this video for a rough guideline.